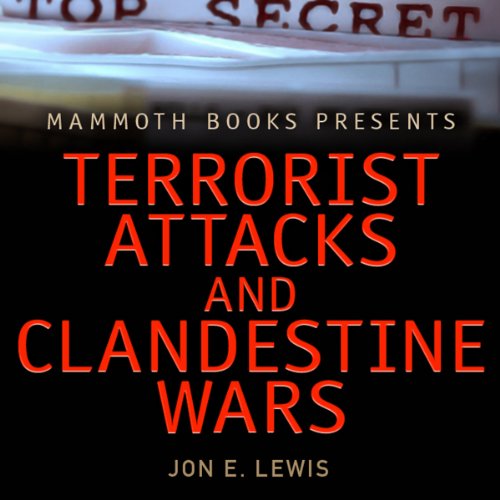 7/7: Is the government covering up evidence of bungling by the intelligence services before the 7/7 bombings in London? 9/11: Did George Bush stage the 9/11 attack, or at least purposefully allow for it to occur so he could generate support to invade Afghanistan for reasons linked to the oil industry? And was Flight 93 shot down on the order of the White House before it could reach its target? Or was it really al-Qaeda acting alone? HAARP: It is said that HAARP camouflages the most destructive weapon ever created. Is it really possible that this is what this 33-acre site is concealing? The Lockerbie Bombing: Initially it was assumed that Libya had a clear motive for the Lockerbie bombing, revenge for the 1986 US Air Force raid on the cities of Tripoli and Benghazi. But the truth is inevitably far more complex. The Madrid Train Bombings: What is the truth behind this atrocity in Spain? Oklahoma City Bombings: Is the fact that the FBI failed to investigate McVeigh's connections with the Militias, and the fact that they held back 3,000 pages of documents enough to prove the Oklahoma City bombing was orchestrated by them? Pearl Harbor: Did President Franklin D. Roosevelt conspire to bring about the attack on US forces at Pearl Harbour? The Port Chicago Explosion: What was the real cause of this explosion? The Rainbow Warrior: French DGSE agents alleged to have sunk this Greenpeace ship. How much of this is true, and if it is, why did they do it? Roberto CalviIn, 1982: "God's banker" was found dead, swinging from Blackfriars Bridge in London. As Calvi had been under enormous pressure it was assumed he had killed himself. But 20 years on, the case was reopened and revaluated, producing somewhat different findings. The Sovereign Military Order of Malta: Does the Order moonlight as an intelligence broker? TWA Flight 800: Why did this plane explode over the Atlantic?

If you could sum up Mammoth Books Presents: Terrorist Attacks and Clandestine Wars in three words, what would they be?

The author presents complex events in a way the reader can understand.

What does Peter Marinker bring to the story that you wouldn’t experience if you just read the book?

The audible book is easy to listen to and I find emphasis by the reader helps to understand the events in a way I would not have by reading the book.

The rest of the story.

I enjoyed it so much I purchase another by this author.