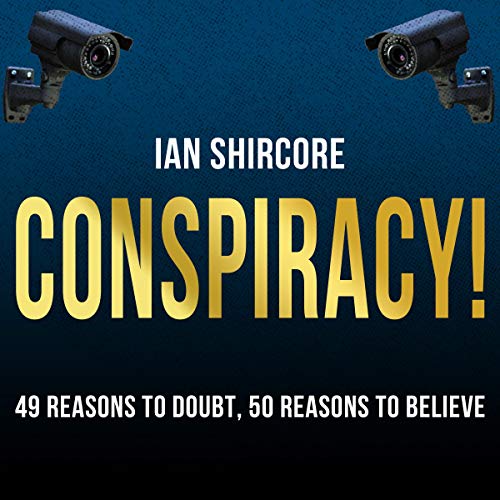 Would British scientists really test sarin nerve poison on young volunteers and tell them it was research for a cure for colds?

Would they really release E. coli in Swindon and Southampton to try out germ warfare techniques?

Even 50 years on, no-one's telling the whole story.

Conspiracies and cover-ups, real or imagined, have shaped our world. Now leaked cables and declassified papers are rewriting the history of our times. More information must be good, but how do you tell truth from fiction?

In this fresh look at 50 conspiracy theories, Ian Shircore cuts through the fog and misinformation to deliver a balanced analysis of the key facts behind unsettling suspicions that litter our recent past. Today's new evidence - from WikiLeaks, freedom of information requests and declassified archives - has solved some classic mysteries.

Yet it raises more questions than ever about the assassinations of the 1960s, the dirty secrets of the late 20th century and the earth-shaking events of recent years. Once you've seen what WikiLeaks has revealed about the radioactive poisoning of Alexander Litvinenko, you won't be so sure about the British secret service. Once you've weighed the evidence yourself, you may well decide there was a second Yorkshire Ripper, that cricketing hero Bob Woolmer was murdered and that rock icon Jim Morrison's death in Paris was anything but straightforward.

What listeners say about Conspiracy!

I do love a conspiracy theory! Not so much because I believe any of them, but I am fascinated with how they start and with the people who do believe in them. This book has what I would call all of the classics, the death of Marilyn Monroe, the shooting of JFK, the car crash that killed Princess Diana, along with a few less headline grabbing ones. I like this book as it presents what evidence it has and then gives you reasons why you should believe the theory and the reasons you should not, so that you can make up your own mind. Or you can research further as you wish. Each theory has a reasonably short section and then the evidence bit. It would be easy to dip in and out of this book as you can listen to each theory in isolation. The narrator was quite good and although (to me) she seemed to pronounce a couple of words slightly oddly, but overall I found the book easy to listen to. It might be a bit dated now as it was published some time ago, but definitely worth a listen if you want a short introduction to the world of conspiracies.