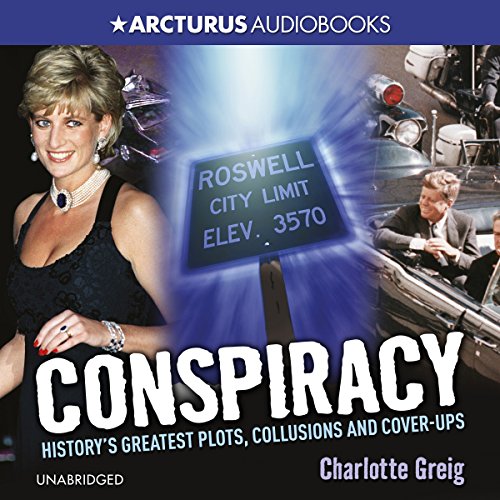 By: Charlotte Greig
Narrated by: Nick Landrum
Try for £0.00

22 November 1963: Dallas, Texas. US President John F Kennedy is assassinated as his motorcade passes through the city's streets. The assassin is soon captured, and revealed to be disaffected Communist sympathizer Lee Harvey Oswald. Did Oswald act alone, or did he have help? Is the Bilderberg Group simply a group of international financiers concerned with promoting democracy throughout the world, or is there a more sinister power at work? And what really happened to Princess Diana's Mercedes one warm August night in a Paris underpass?

Conspiracy looks at a range of the most interesting theories of this nature, from the risibly far-fetched, such as the belief that the world is run by the lizard people, to the only-too-true and tragic such as the overthrow and murder of Chilean President Salvador Allende.

What listeners say about Conspiracy

Starts out by identifying each conspiracy which will be discussed. The book covers all the well known conspiracies, 9\11 to Elvis and lots in between. Doesn't go into too much detail but interesting as short tales. Have listened to this several times on sleepless nights, the short tales are interesting enough to be distracting but not too long i don't hear the ending.

Good stuff with some errors

I enjoyed this book but there were a few errors. For example, the famous Neil Armstrong moon landing quote was wrong.