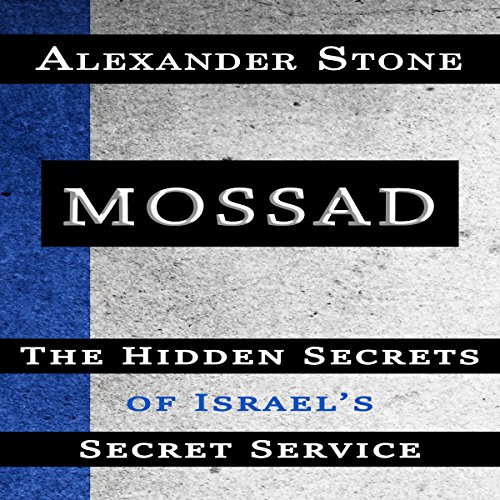 All over the world, there are intelligence agencies dedicated to the protection of their respective countries and the people who reside within them. Israel is no exception, and their Mossad is one of the most respected and world renowned organizations in the world. Their tactics may be viewed as being on the borderline of legal and illegal, but the measures they take to ensure the security of their State and their people are done so cautiously and meticulously. This book will cover the founding of the Mossad and detail some of their most notoriously famous and successful missions. As with any human-led institution, there are bound to be mistakes made and this book will detail some of the Mossad's most famous errors. From start to finish, this book will educate and enthrall the listener with historic accounts of missions assigned and completed by the Mossad. It will also discuss the relationships it has built with the United States and what mission the Mossad took on to help establish a long-lasting comradery between the two countries.

This book will detail some infamous assassinations accredited to the Mossad, as well as describe some of their most embarrassing failures. In addition to their notable operations, the book will cover a former operative's perspective on the agency and will discuss his reasons for leaving, as well as how he sees things regarding the State of Israel in an entirely new light. This book will detail the extent to which the Mossad would go to in order to obtain information about or apprehend a target. Additionally, this book will detail the capture, trial and execution of two of the world's most notorious Nazi war criminals.

Here is a preview of what you will learn:

Very interesting, not knowing about Mossad, this tell,s fleetingly about the power of a country to protect it,s people against the majority of Arab countries who wish it,s demise. Israel at least does,nt keep its people down and ignorant. Good on them.