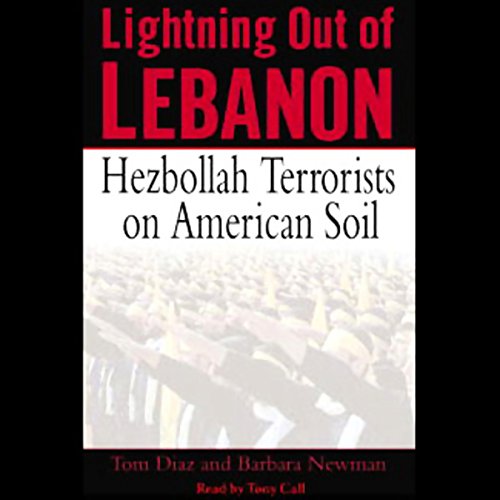 Lightning Out of Lebanon

Before September 11, 2001, one terrorist group had killed more Americans than any other: Hezbollah, the "Party of God". Today it remains potentially more dangerous than even al Qaeda. Yet little has been known about its inner workings, past successes, and future plans: until now.

Written by an accomplished journalist and a law-enforcement expert, Lightning Out of Lebanon is a chilling and essential addition to our understanding of the external and internal threats to America. Formed in Lebanon by Iranian Revolutionary Guards in 1982, Hezbollah is fueled by hatred of Israel and the United States. Its 1983 truck-bomb attack against the U.S. Marine barracks in Beirut killed 241 soldiers and caused President Reagan to withdraw all troops from Lebanon.

Using their exclusive sources in the Middle East and inside the U.S. counterterrorism establishment, the authors of Lightning Out of Lebanon imagine the deadly future of Hezbollah and posit how best to combat the group that top American counterintelligence officials and Senator Bob Graham, vice-chairman of the Senate Intelligence Committee, have called "the A Team of terrorism".

"The authors' skill at characterization of friends and foes puts a great many thriller writers in the shade, and at no point do they fall into stereotyping." ( Publishers Weekly)
"This is a frightening look at the need to recognize the potential for further terrorist danger on American soil and what will be required to prevent it." ( Booklist)

What listeners say about Lightning Out of Lebanon

This is completely an eye and mind opening experience. How the Democrats are leading us to this Lighning by refusing to give the government and the armed forces all the power needed to fight this soon to be on our shores enemy MUSLIM HATRED for us !!

I state this today that if we do not remember 9/11 we will rue the day we had the chance but did not do anything to STOP this wave of destruction that is coming.
This book is not to be ignored, or to be cast aside because we are going to have terrible events to unfold IF we do not act and act now !

The authors Tom Diaz and Barbara Newmanare are right on the mark, well reseached and extremely well written, as you read this book you will understand that Hezbollah hates us/you because we are dogs and are to be put to the sword. Truth hurts, how can anybody hate someone this much, easy when you are raised from birth and eat words of hate and that the highest form of devotion to your people is to strap on a bomb and BOOM!!!

The Narrator: Tony Call is perfect for the mood and the subject, one very talented speaker, thanks Tom !!
Am I just trying scare people? NO, I look to pearl habour, 1982 Lebanon [248 brave marines murdered], 9/11 [almost 3,000 innocent peopled murdered], the pentagon, flight 93, the over 2,000 soldiers killed over in Iraq, the middle east conflict; these are all reality and have happened and are happening now !!
Please read this book as it is a non-stop page turner. This IS a MUST read.