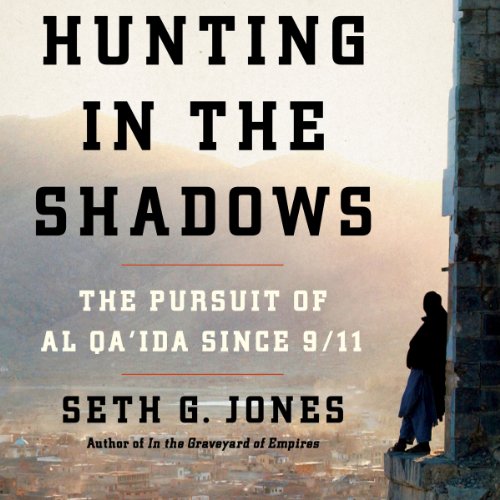 Hunting in the Shadows

Hunting in the Shadows

From one of our most trusted counterterrorism experts, a sweeping, insider's account of the decade-long chase for America's deadliest enemy.

This comprehensive, landmark history chronicles our ongoing battle against al-Qa’ida, the greatest threat the West has faced in the modern era. An internationally recognized authority on terrorism and counterinsurgency, Seth G. Jones presents a dramatic narrative of the on-the-ground police work; the elaborate, multiyear investigations led by the CIA, FBI, and Britain’s MI5; and the shifting and deadly alliances between terrorist groups that have characterized the conflict. With gripping detail he recounts the against-the-clock hunt for the Times Square bomber and reveals startling information about Osama bin Laden’s behavior during his final days. Drawing on recently declassified documents and court materials, transcripts of wiretapped conversations, and interviews with current and former government officials from the United States and key allies, Jones navigates the “waves” (al Qa’ida attacks) and “reverse waves” (successful efforts to disrupt al’Qa’ida), explaining how we might analyze past patterns in order to successfully counter al Qa’ida and its allies in the future.

An interesting book that mixed theory with practice and crew together several interesting elements. That being said, the delivery was truly appalling, it honestly sounds like an automated computer voice.

Would you be willing to try another one of Mark Delgado’s performances?

No, see above, utterly monotone and without emotion.

Was Hunting in the Shadows worth the listening time?

This was a nice oral history of more recent worldwide terror activity. The narrator was a little too monotone and fast-talking but I'm still very glad I listened to this book because it connected the dots between news snippets I'd heard over the last 20 or so years.