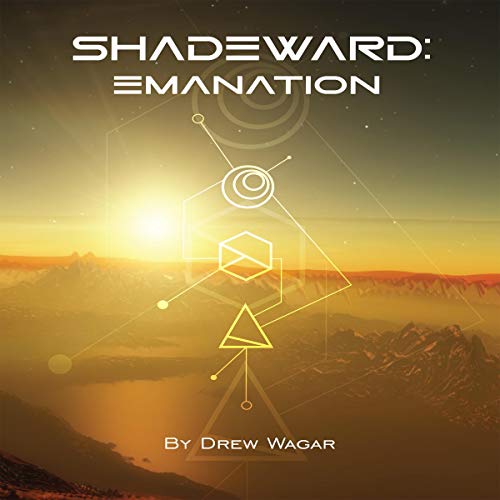 A world of eternal day and everlasting night, burning deserts, and frozen wastes. A people exiled, seeking the truth about their past, long lost in vague, yet disturbing, myth and legend. Technology lost, then found again. A realm of priestesses with remarkable powers and implacable purpose who worship a powerful god; a star that blazes unchanging in the skies above. A star which is poised to unleash devastation upon them all.

Two children are smuggled out of Scallia to save them from the feared witches of Drayden, but the "rescue" doesn’t go well. Cast adrift with no memories of each other or their real family, both grow to adolescence, friendless and destitute. All that stands between them and brutal early deaths are the talents they barely know they possess and can’t control.

What listeners say about Emanation

I’ve read the books and thoroughly enjoyed them, but since getting in to audio books and Drew releasing this here I’ve had it on my wish list and been waiting to get around to listening to it.

Drew’s delivery is excellent and compelling to listen to. The story is well thought out and enjoyable in print but it’s even better with Drew narrating it, giving you the real vibe of how it was written and meant to be read. I like the similarities to us on Earth but love the differences even more.

A most excellent story, now on to book 2!

Loved it. A worthy listen. You feel for the characters in this book, especially the love/hate of one in particular.

A gripping adventure on a foreign world. Great intrigue and loveable characters. Can't wait to hear the rest of the saga. I've loved listening to this on my walks for the past few weeks.

The humanity of Bradbury, the accuracy of Asimov..

The author does a fantastic job painting the world of Esurio and it's flawed and sometimes lovable inhabitants. The pacing is wonderful without a dull moment and it feels as if every at any moment all could come to ruin and the main characters crushed by the the powers world both human and environmental. I was surprised that this story was read by the author himself and their charming British accent. If they never wrote another story they would have a promising career in voice acting. I've already bought the next book and cannot wait to delve into the world of Esurio.