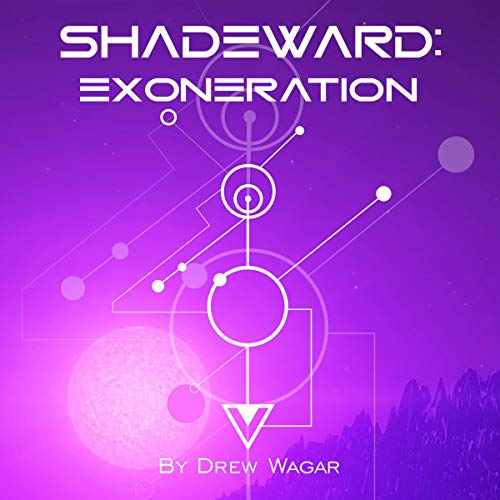 The second instalment of Drew Wagar's Shadeward Saga, Shadeward: Exoneration continues charting the adventures of Kiri, Zoella, and the priestesses of Drayden along with the grand and terrifying tasks of Meru all under the watchful, changing eye of Lacaille...

A people exiled, begin to unravel myth and legend, unearthing clues to their tempestuous past.

Priestesses with remarkable powers turn their devastating abilities on those they see who offend their god, the star that blazes unchanging in the skies above.

But when that star unleashes devastation, it shows no favour and no mercy.

What listeners say about Exoneration

An enjoyable to story

Good Character creation, I find a lot of connection with the characters in the story. Fantasy with winchers and medieval times and cultures, with long forgone people, technology lying around from times long-ago on a world orbing a red star that every so often flare burning anything living thing that in the open. This fantasy and Science fiction book keeps me listing and wanting to carry on to the next book.

An excellent continuation from book 1

I very much enjoyed book 1, but book 2 was even better!! The story is exciting, imaginative and at times kept me up much later at night than I should have been as I just wanted to hear what happened next! I can't wait to start book 3!!

A great continuation to part one. Looking forward to seeing what happens next. The author has created a fascinating world and strong characters. An exciting adventure!