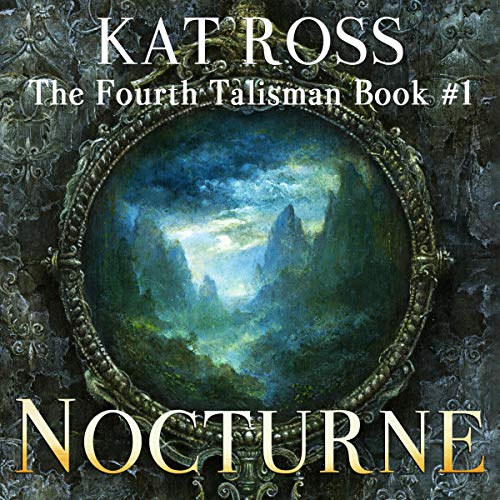 Nocturne, a wilderness of eternal night.

Solis, a wasteland of endless day.

Nazafareen is a Breaker, a mortal who has the rare ability to shatter spell magic - although her power carries a high price. With the memories of her former self erased and nowhere else to turn, she comes to Nocturne hoping to start a new life under the triple moons of the darklands.

But when an assassin forces Nazafareen to flee to the sunlit mortal city of Delphi, she finds herself embroiled in a deeper mystery whose origins lie far in the past. Why was the continent sundered into light and dark a thousand years before? And what really happened to the elegant but ruthless creatures who nearly reduced the world to ashes? The new Oracle might know, but she’s outlawed magic and executes anyone caught practicing it. Nazafareen must hide her powers and find a way out of the city - before it’s too late.

As the net slowly tightens, something ancient and vengeful begins to stir in the arid death zone called the Kiln. A dashing daeva named Darius is pursuing Nazafareen, but so are a multitude of enemies. War is brewing again. Can she stay alive long enough to stop it?

What listeners say about Nocturne

This book starts slow but soon enough the action and adventure begins. It’s an original take on immortals even though we have the usual use of elemental power and in some cases spells, it’s still original. I’m liking the characters they all seem to be strong characters even the one that we meet who is a betrayer of his clan. And the way the book ends leaves me wondering what’s going to happen next.
I can say I did enjoy the narration with character voice inflection so you can recognise who is speaking.
Now on to book 2

A fascinating story of a strange inter-dimensional world experiencing war and unrest. The story, itself, is fast-paced and very descriptive enabling the listener to envision this world and the myriad of scenes exploding everywhere. The narrator captures each character and is able to hold the listener's attention without any undue issues. This is one story that could be listened to again just to embrace the fullness of it and catch anything not grasped the first time around.

What an awesome elemental magic story! Kat Ross did an excellent job at creating a unique and creative world that is so unlike all the other elemental stories out there. I loved the detail of the story, and how intricate the behaviors of the characters were. It made them so relatable and realistic. I also really appreciated all that was happening in the story. There are multiple smaller characters and multiple storylines that hold your attention throughout. I’m dying for book two!

This is a great start to a hopefully great series. There is plenty of characters to follow and lots of intrigue with each character.
They are well defined and have plenty of personality. Following Nazafareen through this adventure kept me listening all day.
Not to mention that my productivity lowered at work. I am looking forward to the next installment of this story.

I really enjoyed the story about Nazafareen t was fascinated heart-wrenching action-packed and out of this world there's spells and magic , Assassins this is definitely intriguing a tantalized my senses I held my breath and waited for the next word I really enjoyed this book it's a great start to a new series I give it five👍 up all around