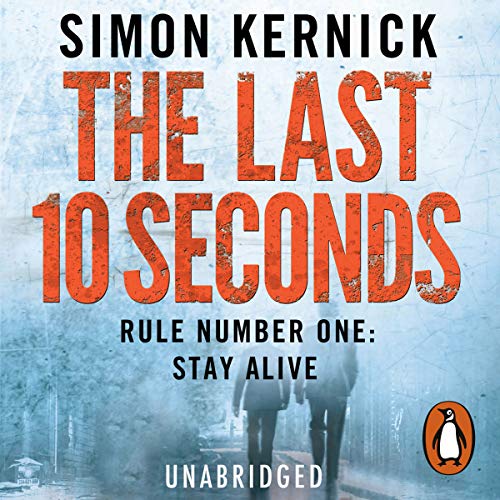 By: Simon Kernick
Narrated by: Daniel Weyman
Try for £0.00

Having worked undercover the last ten years, Sean Egan is used to life on the edge. He’s recently infiltrated one of London’s most dangerous criminal gangs, and they’ve just informed him that they want him for a very special job: the daring abduction from police custody of a serial killer known as The Night Creeper.

Brutally violent yet highly intelligent, The Night Creeper has earned his reputation by torturing five young women to death. Arrested the previous night, he claims that he has a cast-iron alibi for one of the murders, and some highly important information that can prove his innocence – and implicates someone else.

Tina Boyd has an instinct for trouble, and a past that continues to haunt her. She was the policewoman who charged The Night Creeper. Now he’s been kidnapped, and it’s Tina’s task to find him. And find him fast, because it’s clear that some very dangerous people want to silence him permanently.

A serial sex killer, corruption in politics and the police, and more twists and turns than a boa-constrictor on speed are delivered with racy East End conviction by the narrator Daniel Weyman. ( Christina Hardyment of The Times.)

What listeners say about The Last 10 Seconds

When I saw a new Simon Kernick novel available for download, my stomach lurched with excitement. Great ! Well, not so great actually...

I don't know if its because this one has been abridged that it became formulaic, a rehash of old territory and ultimately a bit of a disappointment. Don't get me wrong - the story line is fine, the usual fast pace is there. If you haven't listened to a Simon Kernick audiobook before you will probably love it. However, if you have listened to all of his previously released works, like me, you may feel cheated and a bit let down.

I also purchased a new full length book by Simon at the same time called Target which I have not yet listened to but look forward to very much as this one is unabridged. Abridged works work very well for some authors but not in this particular instance and indeed may never do so for a Simon Kernick novel.

Kernick as we know him!