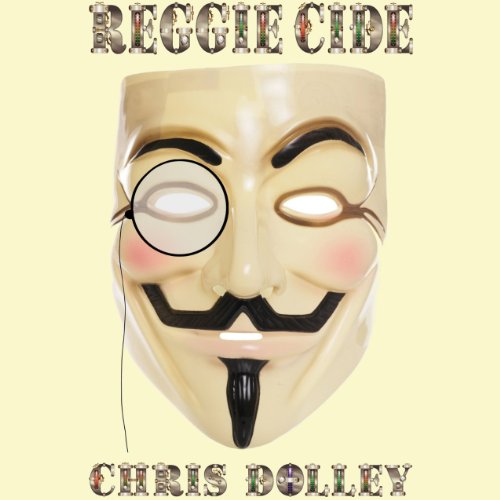 Guy Fawkes has returned, and his resurrected corpse intends to blow up Parliament in the second installment of Chris Dolley's P. G. Wodehouse-inspired Reeves and Worcester Steampunk Mysteries series. Detective Reginald Worcester and his robot valet Reeves must foil these plans before Queen Victoria is killed and the entire British Empire is destroyed. Despite the lofty circumstances, Dolley's novella is hilarious and rollicking, and the dry humor is always present thanks to a jaunty performance by Kieren Phoenix Chantrey. His energy is infectious, helping to turn Reggiecide into a joyous homage to, and send-up of, both steampunk and Wodehouse.

"A fun blend of P.G. Wodehouse, steampunk and a touch of Sherlock Holmes."

Guy Fawkes is back, and this time it's a toss up who's going to be blown up first: Parliament or Reginald Worcester, gentleman consulting detective. But Guy might not be the only regicide to have been dug up and reanimated. He might be a mere pawn in a plan of diabolical twistiness. Only a detective with a rare brain - and Reggie's is amongst the rarest - could possibly solve this "five-cocktail problem". With the aid of Reeves, his automaton valet, Emmeline, his suffragette fiancé, and Farquharson, a reconstituted dog with an issue with Anglicans, Reggie sets out to save both Queen Victoria and the Empire. This 19,000-word novella is the sequel to the WSFA Small Press Award finalist What Ho, Automaton!

Whenever I have listened too or watched these characters, Jeeves has always been portrayed as a posh butler. However for some reason in this narrative he sounded like a Somerset farmer which totally ruined it and I couldn't enjoy the storytelling at all.

This is the second book featuring Reginald Worcester and his automaton valet Reeves.

The story is slight (coming in at barely 2 hours), and lacks the witty, Wodehouse-esque writing of the first in the series (‘What Ho, Automaton’). The plot - featuring a reanimated Guy Fawkes - is engaging in parts, but is underdeveloped.

Unfortunately, the narrator makes the book virtually unlistenable. As well as many mispronunciations, the narrator seems entirely unsympathetic to the source material: Worcester is made to sound like an energetic breakfast DJ; Reeves is a cockney Dick van Dyke knock-off; and Emmeline appears to be played by Miss Piggy. These choices utterly ruin the pacing and tone of the novel.

The narrator ( Mr Chantrey) is apparently ignorant of Chris Dolley's series and the famous "Jeeves and Wooster" stories in print and film that inspired them. Here, Reeve's droll responses (half the comedy) are absolutely ruined by voicing him as a cockney in spite of everything previously written about the character. Indeed, all of the returning characters are flubbed. Please consider rerecording this book - Mr. Volley deserves better.

Short so a lot of the plot threads are brief. Nice distraction from reality. Don't miss the bloodhound with uncompromising goals.
Recommend " Unpleasantness at Baskerville Hall" for better developed humor.

Never have I heard voices more out of tune with the characters. Reggie sounds like a dockworker instead of upper-class. Reeves has a cockney accent! And the pronunciations are horrible - unlike anything I've heard in either british or american english. At first it seems like the narrator is intentionally mispronouncing words for comedic effect, but then you begin to believe that he is so poorly educated that he actually does not know how the words should be pronounced. In all, the narration is a distraction from a fairly good story, instead of an enhancement to it.