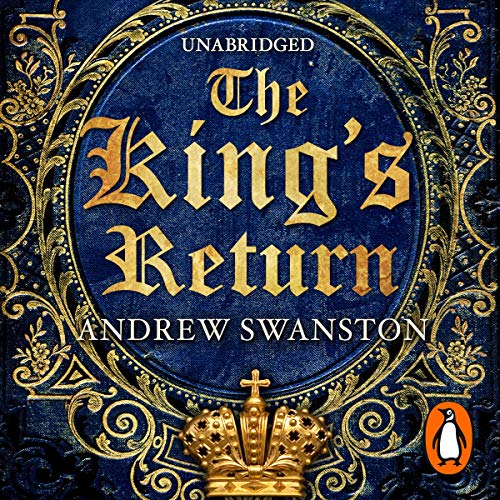 By: Andrew Swanston
Narrated by: David Thorpe
Try for £0.00

The king's coronation brings hope. Until a murderer strikes.

Spring 1661: After years of civil war followed by Oliver Cromwell's joyless rule as Lord Protector, England awaits the coronation of King Charles II. The mood in London is one of relief and hope for a better future. But when two respectable gentlemen are found in a foul lane with their throats cut, it becomes apparent that England's enemies are using the newly re-established post office for their own ends. There are traitors at work and plans to overthrow the king. Another war is possible.

Thomas Hill, in London visiting friends, is approached by the king's security advisor and asked to take charge of deciphering coded letters intercepted by the post office. As the body count rises and the killer starts preying on women, the action draws closer to Thomas - and his loved ones. He finds himself dragged into the hunt for the traitors and the murderer, but will he find them before it's too late?

What listeners say about The King's Return

This series doesn't set the heather on fire but it's enjoyable. Narration much better than first atempt.

Less compelling than the first two in the series

OK so I might have got a bit fed up with the code breaking theme by the time I got to the third in the series but the story was still weaker in comparison.

The narrator as in the previous novels, made the book worthwhile for me with excellent interpretation of character and accent.

What made the experience of listening to The King's Return the most enjoyable?

The narrator was excellent. The story was very good and it kept me entertained and engaged.

What other book might you compare The King's Return to, and why?

Have you listened to any of David Thorpe’s other performances? How does this one compare?

Not yet but that is next on my list. An excellent narrator who sounded as if he was really enjoying telling the story. He portrayed the times and moods with great aplomb.

This is the first book I have listened to by Andrew Swanston. Just off to buy the other two now,

The narrator was very good and had different voices for different characters. It had a happy ending.

I loved the series, particularly the details in the history and process of code breaking. But the best is David Thorpe. He is a talented artist and I love listening to his narrations.

great but not perfect

finale a bit contrived. would also have liked to have the issue of Conrad and Maria.
otherwise a great story.☺