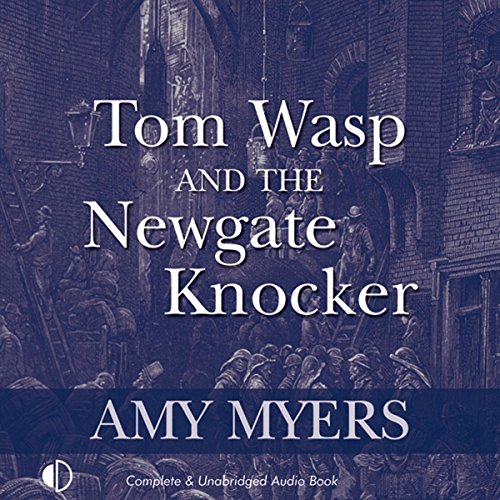 Tom Wasp and the Newgate Knocker

When chimney sweep Tom Wasp is handed a pawn ticket by his friend Eliza Hogg on the day before she is due to be hanged in Newgate, both he and his apprentice Ned are mystified when the reclaimed item turns out to be a sailor doll.

It is no ordinary doll, however. This one holds a secret that has the two most notorious gangs in London’s East End, the Rat Mob and the Nichols, at each other’s throats. When Dinah, the daughter of the leaders of the Rat Mob, is found murdered Tom resolves to find her killer. Helped by Ned and the self-appointed Bug Destroyer to Her Majesty, the redoubtable Mr Chuckwick, Tom pursues the trail.

its a chimney sweep's life.

What made the experience of listening to Tom Wasp and the Newgate Knocker the most enjoyable?

terry wales performance of the book. he brought tom, who the story is told through, to life as well as all the other characters.

tom because of his caring character and the way he dealt with the different situations he was involved in even when he was afraid.

the end of the book, the description of the events and the pace made it thrilling.

would have helped with the flow of the story but life gets in the way.

good start to a new series. likeable characters, history brought to life, murder and mystery what more could you want. an enjoyable book. looking forward to tom wasp and the murdered stunner.
I have enjoyed all the amy myers stories I have listened to so far. looking forward to the classic car series, something different.