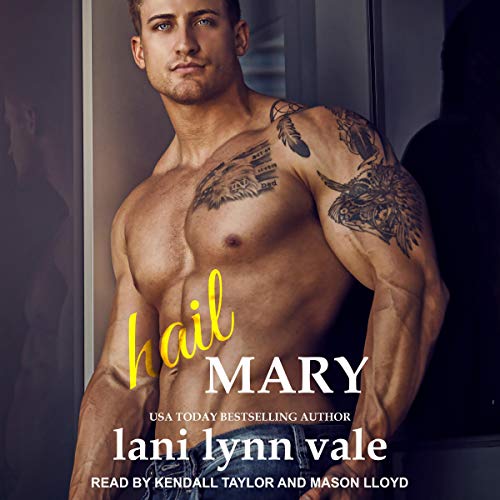 Hail - well that speaks for itself.

Her name is painful to think about. Mary, his newfound daughter, isn't a wished-for child. Persephone, though? Yeah, destruction is a fitting description. And Hail? Yeah, that's just the final f-you.

The moment that her mother drops her off on his doorstep, Dante's hell becomes complete. Or so he thinks. What can make life worse after losing one's wife and kids, you ask? Here's what: being given a baby that depends on him for her survival. Finding out that the baby's mother is dying of brain cancer and has a husband that he never knew about. A husband that Dante knows in the marrow of his bones is trying to kill her just as surely as the cancer eating her brain.

Dante's a bad person. He's done some not so nice things, and now he's being punished for his misdeeds. Karma is finally catching up to him. This child that he's been stuck with is of his flesh and bone. This child is his salvation. This child is the final nail in the coffin of his wife and daughters' too short lives. He doesn't want this child. But this child will save him whether he wants her to or not.

With the help of a friend- yes, a woman friend - Dante finds his way back to life. But what he finds when he gets back isn't the same life that he left behind. Turns out, he has to start living a new one. One where he's suddenly having feelings for a friend that helped him get through some tough times, and loving a daughter who won't let him quit.

What listeners say about Hail Mary

I SPENT MONEY ON THIS SLOPPY MESS😮‍💨

the description of this book makes you think this book is something else. The reviews all 5 stars? I should've know something wasn't right when one review is just a weird shortened rewrite of the plot of the book. the lead woman is weak so so weak the lead guy just a demanding jerk and the whole drizzy drake kidnapping was so sloppy, months of capture told in what felt like 3 paragraphs???!!! I was so confused. it's as if the author wanted to throw all the most shocking things at you without making sure there was a concrete story to help pull them together. the ONLY thing saving this book is the narration

I have been waiting patiently for Dante’s story, and Oh Boy, was it worth the wait. Ms. Vale our did herself on this one. Her books just keep getting better.
I laughed, I cried, and of course I swooned. This is a captivating, heartbreaking, heart melting story. I knew going into this Dante’s story would be rough but this blew me away. Add Cobie to the mix and everything just fit together so perfectly. I do not think it could have been better.
Narration was fantastic!!!

she has done it again. strong character in Colby m, beautifully written story of her struggles with cancer and her self worth and loving a man who had lost everything but showing him how to love again.

so glad Dante found his HEA. loved the story and loves the narration as always with an LLV story. 100% reccomend

The moment that her mother drops her off on his doorstep, Dante’s hell becomes complete.
Or so he thinks.