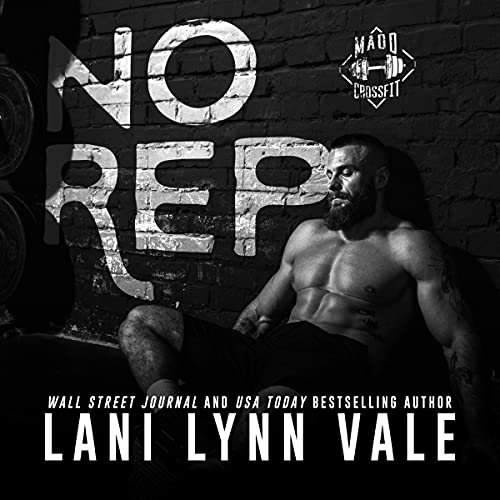 Tired of everything that came with living. Not to the point where he was suicidal or anything, but tired enough that he just didn’t give a crap anymore.

He’d seen all the ugliness this world had to offer due to his job as a police officer for way too many damn years of his less than stellar life. After finding a way to sustain his spending habits that didn’t include having criminals point guns at his face, he quits without a backward glance.

Only, he just can’t step away from old habits. Old habits that have to do with a beautiful young woman who makes his heart feel like it isn’t nearly as broken as it is.

Fran has experienced more than her fair share of crap. After an attack that nearly took her life, she stays hidden in her house, fearful that stepping out of her comfort zone will be the final nail in her coffin.

Then, her sister forces her to face her fears, and she joins Madd CrossFit.
There, she meets the man who saved her life a year ago and realizes rather quickly that he doesn’t even realize who he is to her.

He’s everything she ever thought a man should be and wants nothing to do with her.

Maybe, she’ll have to give him a reason to look her way.

And damned if she doesn’t find a way to do it.

She didn’t plan on nearly getting killed for that to happen, though. At least, not again.

What listeners say about No Rep

I liked this book. I like all of LLV books. It did have a different feel to it than the others. It could have been because of the female narrator. She is new to me. She didnt do a bad job or anything she just has a deeper voice, one that sounds older than the character is. Joe Arden is a favorite of mine but I didnt feel that he put as much into this character as he usually does. The book is still worth listening to. I cant wait to listen to the other 3 books and I hope LLV makes plans of another book for Taos' brother, Greer.

So this was a total miss for me. Can her blurb match the story just once? I would love to pick up one of her books and know that what the blurb states is what the story will actually be about.

This book was boring. So boring in fact that I had to go back and listen to chapters because I was tuning them out. Not even Joe Arden could save this one, and that is really sad.

Joe Arden of course did an outstanding job and Tieran Wilder was alright. She is a new narrator for me, and her voice kind of dragged down the story more than it was doing by itself.

If you are a super fan, then you will love this. If you are not, then Pass On It!!!

A great start to a new series. It wasn’t what I expected but i wasn’t disappointed. It’s full of drama, suspense and intrigue. Taos and Fran are absolutely cute together, their chemistry is off the charts. I enjoyed getting to know new characters.

Lani never ceases to amaze me!! This is a great start to a new series and like a moth to a flame I was drawn in from the start. A beautiful mix of romance, comedy, and drama. I feel like this was a twisted love at first sight… you won’t be disappointed!!

A new aspect of this author

This is an aspect of the world this old lady is not knowledgeable about. I’ve dealt with over use of the human body but never the culture of the gym environment. Very interesting!

OMG OMG OMG OMG!!!!! I can't tell you how much I loved this book. I was a little hesitant cause I'm not big on excercise and definitely not a Cross fitter. But... The story sucked me right the hell in and I couldn't stop!!!! Awesome job Lani Lynn Vale ! You never cease to amaze me! I swear you can write anything and it's fantastic! A+ on the narrators too! Joe Arden and Tieran Wilder were top notch!! Thank you so much!!!!❤❤❤❤❤❤❤

Another awesome new series by Lani Lynn Vale. She never let's you down with her stories!

no where near as good as her other stories.

this one is no where near as good as her other stories. I love her too death but I wish I hadn't bought this one.