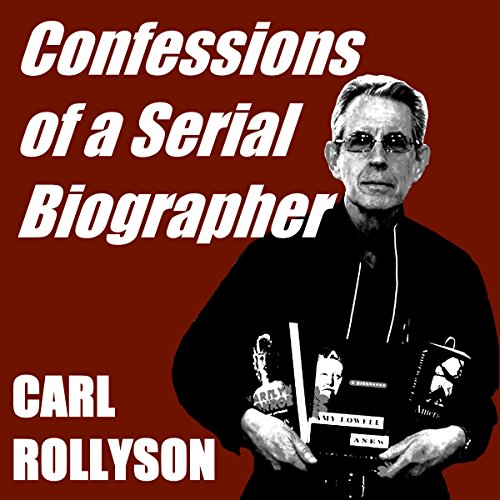 Confessions of a Serial Biographer

Confessions of a Serial Biographer

Some critics rank biographers just above serial murderers. The author of this book, a self-described member of the Samuel Johnson school, doesn't share this view. An account of a life, he believes, should adhere to the truth as the biographer sees it, not to the sentiments of others.

This memoir of a professional biographer's life tells the inside story of how he became interested in his subjects and reveals the mechanics of the trade: how to assemble proposals for publishers, conduct interviews and archival research, and joust with editors, subjects, and their literary estates. Other biographers have described their process but remained discrete, not wishing to offend their sources and supporters. This author has forgone such caution.

Unique insights into the world of biographers

A veteran literary scholar and author of numerous biographies, Carl Rollyson relates the intimate details of what he has had to go through to write his books. CONFESSIONS OF A SERIAL BIOGRAPHER is must-reading for any would-be biographer, and it is also a revelation to all those who read biographies. If you think that writing a biography is a simple, straight-forward process of visiting libraries and archives and find people who knew your subject so you can interview them, this book will open your eyes. The book is also full of insights into the life and mind of its brilliant author and is, to a large extent, autobiographical. Fascinating reading with lots of juicy anecdotal stuff about such figures as Marilyn Monroe, Susan Sontag, Dana Andrews, Michael Foote, Jill Craigier, and others. “Audible 20 Review Sweepstakes Entry”