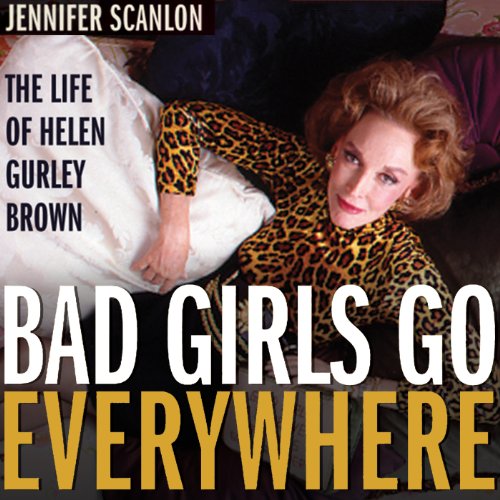 By: Jennifer Scanlon
Narrated by: Shar Rednour
Try for £0.00

When reviewing the great figures of feminism, few would call to mind the creator of the Cosmo Girl, but as Jennifer Scanlon argues in her fascinating biography Bad Girls Go Everywhere: The Life of Helen Gurley Brown, the longtime editor of Cosmopolitan and diva of the New York magazine world powerfully changed the way modern culture views the single woman.

From Brown's first book, Sex and the Single Girl, a bold precursor to today's unapologetic Sex in the City, to her editing of the most widely read women's magazine in the world, Brown defied traditional mores to proclaim the unmarried woman's right to happiness. The first woman to publicly say there was another role available in the conservative context of the 1960s, Brown offered American women a revelation that resulted in a revolution. Scanlon tracks the trajectory of Brown's career as a frank, fearless champion for women, from her support for abortion rights to her demands that freedom of choice for women include everything from fashion to politics, showing how Brown has advocated for women while achieving great commercial success.

The first to focus on Helen Gurley Brown, Scanlon's intriguing biography accords Brown a place among the early leaders of the second wave of the feminist movement. In Bad Girls Go Everywhere, Scanlon's impressively researched portrait shows us that Helen Gurley Brown is a woman of fascinating contradictions, carving out her own unique philosophy of pragmatic feminism, a philosophy that defines the lives of millions of women today. Scanlon's perceptive account of this shrewd public figure tracks the collision between sexual politics and commerce, providing new insight into the social forces that shape modern life. To listen to it is to better understand how feminism operates in our day-to-day lives.