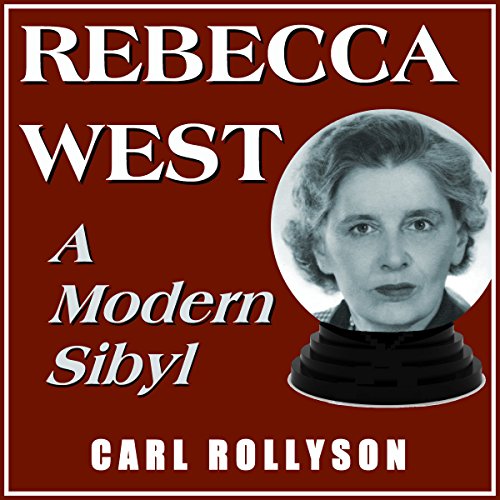 This second edition of Carl Rollyson's standard biography begins with a portrait that attempts to evoke the living person in all her dimensions. It concludes with an interview with one of her favorite secretaries, Elizabeth Leyshon, who eluded him in the 1990s but provided new insights into her employer's character for this book.

The biography's new title emphasizes that Rebecca West was a prophet - one not always appreciated in her own day. As early as 1917, she understood where the world was headed and realized that the revolution in Russia held out false hope. Because she took this view as a socialist, those on the left scorned her as an apostate, whereas she understood that Communism would result in a disaster for the British left. Those wishing to gauge the range of West's fiction and nonfiction should listen to Woman as Artist and Thinker, published by iUniverse.

Rollyson has made his words anew, sharpening sentences, omitting words and paragraphs - sometimes entire sections - in order to provide a refreshing, more engaging, and spirited account of one of the world's major writers.

I struggled through the first half of this book, but couldn't bring myself to move onto the second half. Carl Rollyson writes well and his account of West's life is comprehensive and full of quotes and anecdotes so West's personality and life are presented in fine detail. Kathleen Godwin has a very pleasant voice and her narration is easy-on-the-ear and competent. So my only problem is with the subject. I have read a lot of biographies of unpleasant characters, but their stories are worth knowing because they are interesting and (usually) have something to say about life and the human condition. I found West both unlikable and uninteresting. Despite her obvious talent as writer and critic and her flair for language, she came across to me as self-absorbed and self-indulgent. She was certainly capable of clever observation but this talent was negated by her habit of sharing her insights via catty and cruel remarks. Her life seemed to be a round of unsatisfactory affairs, illnesses, arguments with 'HG', and what to do with their son, Anthony. The only downside for me in not finishing this book is I will have to look elsewhere to see how poor Anthony fared in the end after the emotional neglect he suffered at the hands of his parents.