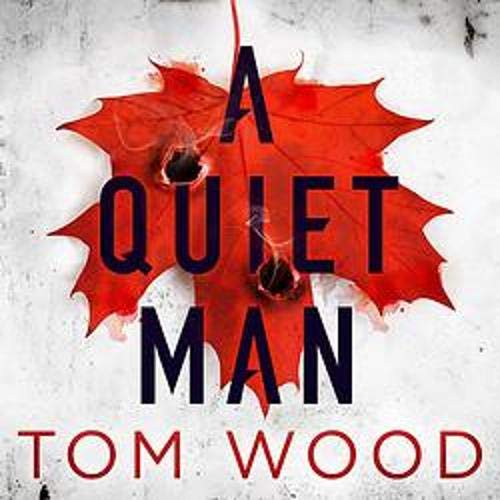 One day a man arrives in town. Unassuming. Quiet.

The assassin known as Victor is hiding out in a small motel in Canada after a job across the border. A few days laying low and he'll be gone leaving no trace behind.

He doesn't count on getting to know a mother and her boy who reminds him of his own troubled childhood. When both vanish, only Victor seems to notice.

Once he starts looking for them, he finds himself at odds with the criminals who own the town. They want him gone. Only Victor's going nowhere until he discovers the truth and to them he's just a quiet man asking the wrong questions.

But that quiet man is a dangerous man.

What listeners say about A Quiet Man

What a disappointment; the narration is appalling and kills the story. What happened to Rob Shapiro? This series, which I enjoyed so much, is now finished for me.

a year plus to wait and then finished in days :(

I really enjoy this series of books. They've all been enthralling in their own way and though this was not the best of them it was still very good indeed. The story is different, a progression of sorts for the protagonist Victor, and maybe that has been discomforting to some (like changes to Winter or Orphan X in their latest offerings) but for me that has helped refresh the series and I am glad to have read/listened to it. I just wish there was another thrilling and engaging book about Victor next week. One thing is for sure though...read them from the first story and work your way through, don't start with this one. I dropped a star for the narration. I'm sure that the lack of emotion in the narrative is supposed to reflect Victor's calmness and calculation in the face of extreme danger but I still find this man a little too stilted at times, I warmed to him as i settled in (he did the last book as well, and it was the same experience) but I do prefer the narrator from the first 7 books. Another year to wait now...

Worst book of the series

I am so disappointed with Tom Wood’s latest offering. To change the fundamental elements of Viktor's character completely ruins the book. The character that I know in Books 1 - 8 would not have been anywhere near the situation he finds himself in.
This is by far the worst book and narration of the series. So very disappointed!!

My goodness, what a listen this was! I never thought I would get to the stage where I could say that this is the best Victory story ever (should that be 'so far'??). 'The Game' was always my favourite but A Quiet Man beats even that!!??!! The intensity this book generates is like nothing I have experienced before. I found myself listening to it at home in addition to my hour long car journeys - I was even walking from one room to another with my laptop in hand so I didn't miss anything.

The sheer work that has gone in to this particular book is clear to see/hear, Tom Wood has put the work and research in and it shows so much. I honestly do not know how he keeps up such a high standard of suspense throughout this book......but he does!
Bravo to Tom Wood........I have no idea how he does it. What a story!!!

The story started ok. It just never really developed. Usually there are multiple short sections woven around a central theme. The worst Victor book in my view.

another great storyline as usual from Tom Wood, Victor thrown in to another twisting tale

Brilliant! Story, detail characters, language and narration which ALWAYS brings it alive just riveting. Thank you. Can’t wait for the next instalment.

The victor series does seem to be a hit and miss one, and this, sadly, was a miss. Certainly for me it lacked continuity and excitement, lacked meaningful events and was insufficient in moments of interest to keep the adrenaline flowing. Unfortunately, the narrator compounds this with a dull, gravelly tone which I found off putting. Completely unfulfilling by the end.

I have been a great fan of all of the Victor books by Tom Wood. I have them all in book form and audible and read them all many times and listened to them all on numerous occasions. Narrated very well again, but not the Victor we all know and loved. The story is poor and there are many parts of the book which do not follow Victor's normal pattern of being so prepared. Diving in a lake to retrieve a weapon and not taking a rope down to attach and allow him to surface and then pull up the items to be retrieved is not something Victor would do.
I understand the trilogy has to move and cannot be the same all of the time, but I looked forward to this so much it left me disappointed and I have listened to it twice now it gets no better. Lets hope the next installment returns to the real Victor, this book I felt was more of a Jack Reacher than Victor.