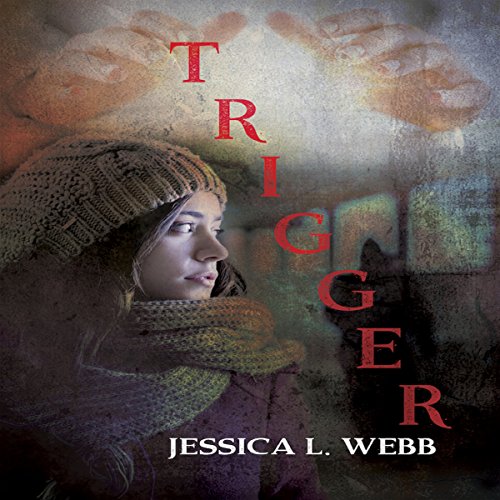 By: Jessica Webb
Narrated by: Ruby Rivers
Try for £0.00

Dr. Kate Morrison doesn't know how or why someone would create human bombs that are triggered by touch. But when Sergeant Andy Wyles blocks Kate from touching the patient who collapses in her Vancouver ER, Kate joins the investigation to demand answers, regardless of the danger. As the two women work together to find those responsible for creating an army of human weapons, Kate finds it increasingly difficult to ignore her feelings for the fiercely protective and unrelentingly perceptive cop. The investigation escalates, and Kate gradually begins to trust Andy, not only with her safety but also with the difficult details of her past. With lives at risk and her heart on the line, Kate must search for a way to defuse the bombs and save her patients, even as she questions the intensifying connection between herself and Andy.

What listeners say about Trigger

Good story, wasn't sure from the description. But story flowed well and the characters were great, the ending was good and not quite how you think it will be. I will listen to this again.

This book has a interesting storyline. However, the narrator just didn't make it interesting. I will need to actual read the book to see if it wasn't the writing itself that was lacking.

Jessica Webb’s debut novel Trigger takes the medical thriller narrative and gives it an ever-so-slight sci-fi twist. We meet our heroine, Dr. Kate Morrison, in a Vancouver ER, where fate puts her in the right place at the wrong time: a man stumbles in off the street and collapses, and while Kate tries to save him, police arrive and demand she not touch him at all. When she does—and when nothing bad happens and she manages to save the man’s life—instead of praise, Kate finds herself in the harsh criticism of RCMP officer Sergeant Andy Wyles, the woman who ordered Kate to keep her hands off the patient.

Confused, and despite Sergeant Wyles’s desire to keep Kate out of it, the doctor is soon caught up in something far darker than she could have imagined. Someone has turned human beings into bombs. Triggered by touch, people like this man have been exploding, and Kate is the first human being who seems somehow immune to triggering the effect. Suddenly very important to both the investigators who want to uncover who is behind this potential act of terrorism and also a danger to those who have created these human weapons, Sergeant Wyles has little choice but to draw Kate further into the investigation, working with her joint task force that crosses the Canadian-American border.

Kate’s initial mistrust of the RCMP officer, and Wyles’s frustration with the doctor who never seems to take her orders make for a great initial friction. That the two develop stronger feelings for each other born from this sense of protectiveness and desire to help plays out organically and is in fact one of the central strengths of this book. While there’s an instant spark, it’s just that: a spark, and it takes Kate—who has never had a relationship or strong feelings for a woman before—a great deal of the book to come to grips with what she is feeling. It’s rare I’ve seen bisexuality handled in a romantic sub-plot anywhere near as well as this, and I should point out that I’ve also listened to the second book in the series, Pathogen, and the further exploration of Kate’s awareness of just what it means to be in a relationship with a woman never loses this clear and sharp portrayal. Kate’s internal journey of her heart and mind is just as engrossing as the greater narratives of the books.

As Kate tries to work out just how these people have been turned into explosive weapons and more importantly why she is immune as a trigger, as well as whether or not there is a way to disarm them, Webb jacks up the tension notch by notch, throwing twists at the listener that genuinely stymied my ability to guess what was next.

Action mixes with medical intrigue, well-written emotional tension, and a romantic simmer that builds to a boil without forsaking the main narrative. The end result is a story that will please fans of thrillers, romances, and contemporary sci-fi alike.

The audiobook is performed by Ruby Rivers, who was a new-to-me performer, but who I’ll be adding to my list of performers to watch out for. She affects solid voices for Kate and Andy, immediately identifiable and filled with characterization, and while she doesn’t quite have as equal a range for the supporting cast of characters—most of the men in the book sound the same, with the exception of Andy’s tech-focused partner Jack—it’s not a distraction. With Webb’s writing being clean and clear, I was never lost for this lack of nuance in the performer. Rivers has the right level of emotion and pacing, and in a thriller that can really make or break the experience.

In fact, the moment I finished Trigger, I went back to Audible and picked up Pathogen, the second Dr. Kate Morrison Mystery. I was listening to it the following morning, and happy to be back with Andy and Kate.

I should mention that while it doesn’t come up in Trigger, there is one small foible of the performer that does come into play in the sequel, Pathogen: Ruby Rivers’s lack of Canadian French. Where Trigger takes place mostly in the US, Pathogen stays in British Columbia, and a few Canadian French words take a bit of a beating in Rivers’s mouth. Levesque is read as “Luh-vess-cue,” and Calliope as “cally-ope.” I imagine that wouldn’t pull non-French speaking listeners out of the narrative, but for those of you who do have an ear for la belle langue it might be a bit jarring.

That one small caveat notwithstanding, I’ll be heading back to Audible now and refreshing the page and waiting for Troop 18—the third book—to show up as available.

The Audible version of Trigger is excellent. For once I had not read the print version before listening to the Audio. So glad I didn't. Loved the story, the characters and the narration. Now on to book 2, Pathogen. Can't wait.

I really liked the story itself but the narrator was a little annoying for my taste. I was going to give up half way through but I'm glad I made it to the finish.

I Read the Series before Buying the Audiobook

So I read all three books in the series, and they are fantastic. Jessica Webb is an awesome author. I purchased the audiobooks because I enjoyed the books so much. Ruby Rivers voice drove me nuts. I couldn't listen to them. I purchased all three audiobooks at the same time, and all are done by her. Her voice is fine, but it whistles... and my ears hurt. It didn't bother my wife at all and she listened to all three books and loved them. I gave up. I would listen to a sample because it appears the narrator is hit or miss depending on the individual. The books are worth picking up though.

The story is what's important

I applaud Jessica Webb. What she has done here is write a suspenseful rom/dram in which the main characters are lesbian. Too often what we get is a book about lesbians with a story thrown in. Webb makes the gender identity of the characters apparent but the story is what is important. And it is a good story, containing mystery, suspense and a creepy sociopath. The characters could have been gay, or hetero and it would have played as well.
My only problem with the audiobook is that the narrator has this way of speaking that is maddening. She begins many of her sentences with this H "heh" sound that sounds as if what is to follow is snark or at the least comical and/ or ironic. It is very distracting and drew me away not only from the experience of the book, but also confused my understanding of what was being expressed.
Ruby has improved over the years (and god knows with 300 plus pure porn shorts to her credit she's had lots of practice) but it remains a big problem.

I enjoyed listening to this novel very much. The narrator did a very good job of reading. The story was very well written and kept me wanting to hear what would happen next. I am looking forward to hearing the next phase of the story.

I didn't find this Book very interesting and the narrator made it worse. It's like the narrator thought that she was reading a totally different kind of genre.

Love that there is a sequel and I get to listen to it now. Great story. Could've used more love scenes but great nonetheless

I really liked the sound of this book, and I still think it could be good, but I can't. I just can't stand the voice of the narrator. I'm considering returning it.