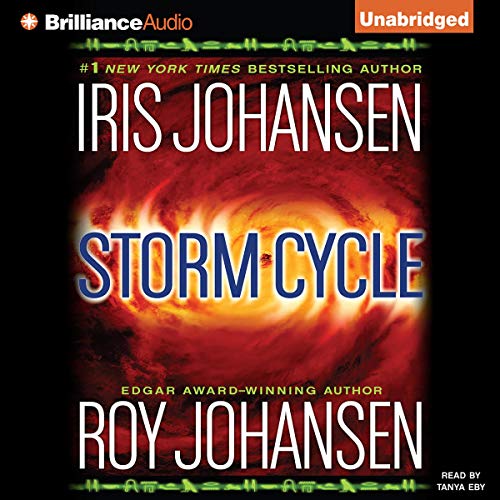 Rachel Kirby is a computer genius whose personal life is hell. While she continues to climb the corporate ranks, her beloved twin sister is plagued by a chronic illness that will eventually kill her, leaving Rachel all alone.

Serendipity in the form of a mysterious email lands in Rachel's lap one day, but not without a price. Thousands of miles away, archeologist John Tanek sits trapped inside a collapsed Egyptian tomb with a functioning laptop. He knows that Rachel is the only person who can help him, but time is quickly running out. It turns out the collapse was no accident. John has discovered something very valuable in that tomb, something that humankind has been searching for throughout history, something that Rachel could use as it may hold the key to her sister's cure.

While Rachel orchestrates his rescue, she soon finds herself trapped in a dangerous web of deceit and murder. Can she put her trust in John Tanek? She'd do anything to save her sister. Will they both live long enough to unravel the ancient mystery they've found inside the tomb?

With Johansen and Johansen's fast-paced action, charismatic characters, and impeccable research, Storm Cycle will carry you away.

This is by far the worst narration of an audiobook that I have heard. I really couldn't listen for more than 5 minutes. The narrator has absolutely no distinction in her voice between characters and is very difficult to follow. What a waste of time and money :(

You can skip this Johansen book

I also listened to this book with it's audio issues, (they have since fixed the problem) but audio issues or not, this is not a very good book at all. In addition, I have never had a problem with any of the narrators, but this narrator was pretty bad too. The combo of audio issues, terrible narrator and boring book make this a definite skip if you are considering this book. Try another one of her earlier works. I feel bad about being so harsh, but it is just not worth the credit or money. Get it from the public library if you must.

from the reader, who was especially bad.. to the plot..this is not the Iris Johansen I've read and loved before

Great for a road trip

What did you love best about Storm Cycle?

The story kept me interested the entire time I listened to it. From the beginning to the end I hated taking breaks during our trip due to the fact I had to stop listening. Made a trip from Colorado to New Hampshire more interesting.

I liked all of the characters involved. Its one of Iris's strong points in her writing is multiple strong characters.

What does Tanya Eby bring to the story that you wouldn’t experience if you just read the book?

This was a really good book by Iris Johansen, I have been reading her books for years and this is new and it holds you from the first to the end.

The story was OK, but the audio not so good... every other chapter was incomplete.. I managed to understand the plot anyways, I guess no vital parts were left out, but still, it was a nuisance...Also, it left me with a feeling of 'deja vu'.. intermitently, excerpts would repeat again and again.

not her best work

blech. i have been listening to audiobooks for many years and never written a review. this one was worthy of one just because the audio clip is NOT GOOD. the reader fades off in the middle of a sentence and all of a sudden you hear "chapter x"...and you are somewhere else. there are many clips repeated. very poor editing! and the story is not that riveting actually. and even harder to follow when you are missing things.

This is the hardest book to follow. Although the story line is above average, I dread listening. Either the way it is written or the lack of differentiation of the characters in the narrator's voice makes it very hard to follow.

I really prefer "Page Turners" which this isn't. I enjoyed it but won't go back and re-read it later. I'm not sure what it is missing, but it's definitely missing something. If you enjoy basic mystery novels, you'll enjoy this one.

Is there another book about Rachel and Ally???

Great story!! I want more and the true facts make it Greater then most stories