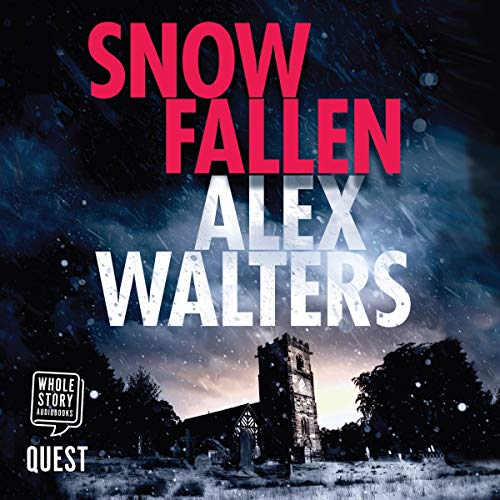 By: Alex Walters
Narrated by: Greg Wagland
Try for £0.00

One winter's night, a lone figure arrives on foot in a remote Pennine village.

The next morning, as the first heavy snow begins to fall, a man's body is discovered in the village churchyard.

Anne Tilston, one of three sisters living in a brooding run-down house in the shadow of the church, realises that the dead man is her father, a disgraced former senior police officer long estranged from his family.

As DCI Kenny Murrain's team arrive in the village to investigate the unexplained death, a further body is discovered in a nearby field - a young man from the village with no apparent connection to Tilston or his daughters.

With the snow continuing to fall, another body is discovered, and Murrain finds himself stranded with his team in the sisters' house with a seemingly motiveless killer waiting outside in the night.

What listeners say about Snow Fallen

Stumbled across this great author due to the narrator. It's dark and thoughtful. Elegant writing with a fast pace. Read all the DCI Murrain now. More please

Nice story but it lost me a couple of times. Narration was good. not a bad book

If you are a fan of this genre you will love this book. It had me hooked from the first chapter. It will keep you guessing right up until the end. The setting... a snowbound, isolated hamlet...only adds to the suspense.
Walters is brilliant at setting up blind alleys and boggling plot twists!
Greg Wagland is excellent as the narrator. His narration is smooth and flowing. The characters individual without being forced or eccentric.
Although this is book three in the Detective Murrain books you can easily enjoy this as a stand alone novel.