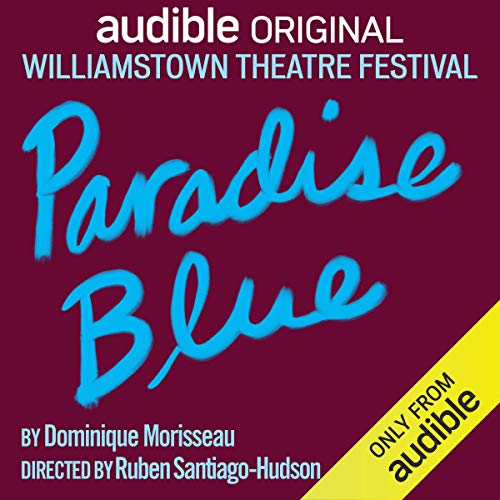 It’s 1949 in Detroit’s Black Bottom neighborhood, and there’s no better place to hear or play jazz than Paradise Club. Blue (Emmy Award winner, Grammy Award winner, and 2020 Tony Award nominee Blair Underwood), club owner and trumpeter, can wail like no other, but as forces outside the club conspire to irreparably change life inside and outside Paradise’s walls, he must decide whether to stay or sell. Beholden to his girlfriend (Grammy Award winner Kristolyn Lloyd) and fellow bandmates (André Holland and Keith Randolph Smith), Blue faces an uncertain future as he reckons with his troubled past. When Silver (Simone Missick), a smooth and mysterious newcomer from Louisiana, steps onto the scene, everyone in Paradise must choose how to survive.

For over six decades, Williamstown Theatre Festival, recipient of the Tony Award for Outstanding Regional Theatre and the Commonwealth Award for Achievement, has brought emerging and professional theatre artists together to create a thrilling summer festival of premiere work alongside fresh, new productions of the Western canon, accompanying cultural events including Community Works and Late-Night Cabarets, and readings and workshops of new plays. Under Artistic Director Mandy Greenfield, WTF launched the Andrew Martin-Weber New Play and Musical Commissioning Program, through which theatre artists, including Jocelyn Bioh, Nathan Alan Davis, Halley Feiffer, Justin Levine, Matthew Lopez, Jiehae Park, Benjamin Scheuer, and many others, create new work supported by a year-round play development program. WTF runs unmatched training programs for new generations of theatre talent, and artists and productions shaped at WTF fill theatres in New York, London, and around the country each season.

Williamstown Theatre Festival’s productions of The Bridges of Madison County, The Elephant Man, Fool for Love, Living on Love, and The Visit enjoyed critically acclaimed runs on Broadway, with The Elephant Man and The Visit receiving Tony Award nominations for Best Revival of a Play and Best Revival of a Musical, respectively. WTF's world premiere productions of Cost of Living (winner of the 2018 Pulitzer Prize for Drama), Actually, Paradise Blue, and Moscow Moscow Moscow Moscow Moscow Moscow played acclaimed Off-Broadway runs. In the abbreviated 2019-20 theatrical season, Williamstown Theatre Festival was represented or scheduled to be represented on Broadway, Off-Broadway, and regionally by The Sound Inside and Grand Horizons, both of which received Tony Award nominations for Best Play, The Rose Tattoo, Seared, Selling Kabul, Unknown Soldier, and Lempicka. Visit us at www.wtfestival.org.

Williamstown Theatre Festival would like to thank 321 Theatrical Management, Telsey & Company, and DKC/O&M.

What listeners say about Paradise Blue

Loved it but lost me the very last second. Outstanding had me from the beginning to the end.

history comes to life in the most entertaining way

I stumbled upon this audible by accident. I was just surfing titles and descriptions. From the very beginning I was drawn in. I was multi-tasking at first but turned all of my attention to the story, the actors, the music before it was all over. For me, the best story told is the one where I feel like I am a witness to what is taking place. This was it for me.

That was exquisite. I loved each actors intention and passion for this play. I wish I could see this on stage. Bravo.

This was SO GOOD! The readings were done so well, I could visualize the actors as if they were on stage! But who was shot??? Really leaves you hanging...

it was like listening to a play. nice array of characters. good storyline. very entertaining.

an excellent story told by an impressive crew about the jazz culture in Detroit in the 40s. mostly enjoyed the discussion of the producers at the end especially the systematic destruction of a white mayor to the African-American jazz community and businesses in Detroit. we can learn from these mistakes to prevent things like this from ever happening again, hopefully.

A great play so wonderfully brought to life .

great characters, history ,art and culture. the actors and music were superb And painted vibrant emotions that gave a theatre like experience.

I throughly enjoyed this audio experience.


The story and audio performances held my interest and made it feel like a true theater experience.

Must hear! I can’t say enough about this brilliant piece of work. It’s so rich and vivid and moving.

Beautiful in every aspect ... the music fed the story and viceversa. Listen past the end to hear some of the background of the play, production and inspiration.