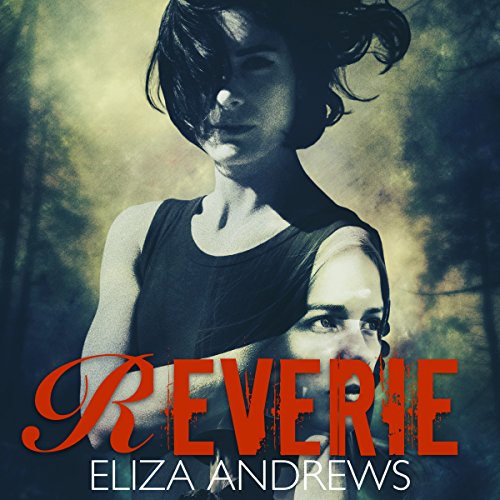 By: Eliza Andrews
Narrated by: Elizabeth Saydah
Try for £0.00

Lucinda Hamilton settles down in sleepy Reverie, South Carolina, because she's running from the troubles of her past. But when her dangerous ex-husband evades law enforcement, she fears that no amount of running will ever make her safe again.

Two women are determined to keep Lucinda's past at bay - the mysterious young nurse living on the other side of Lucinda's duplex, who won't even tell Lucinda her name, and Ardie Brown, an ex-marine who's recently moved back to Reverie herself. It's hard for Lucinda to trust either one of them; it's even harder to admit to herself that she's falling for both of them.

What will happen when Lucinda's ex-husband finally catches up to her? Will the girl next door or Ardie have the power to stop him?

Or will Lucinda finally have to face her past all by herself?

What listeners say about Reverie

Gosh, this seemed to be rattling along, beautifully, though predictably, until suddenly it shifted into something else. I actually cried twice during this story, at the same scene, told from different perspectives... It takes a lot to make me cry. I also loved the author's note at the end... It's left me emotional.. I totally understood where the author was coming from, being a similar age I guess.
The story will stand up to many rereads... Mostly because it has depth and complexity, but also because the plot twists take some unravelling.
Sorry, this is a terrible review... It's hard to pigeon hole this, it's part love story, part whistful love letter to The South, part exploration of loss and grief and trauma. It's very readable, so don't be put off.
This just goes to prove yet again that Amazon Unlimited can have some brilliant writing. (I read this first). This felt like the very best wlw fanfic, a genre I love; emotional, brave, passionate and unusual.
The reader was also excellent, bringing an authenticity to the accents... Abby Craden can't read everything... ;) she was intelligent, seemed invested, and can read damn it!

This messed with my head in the best way. Just what I was looking for, the kind of story where you start to doubt and second guess everything to end up with a wtf explanation. Loved it!

I don't even know what to say! An unusual plot for sure and I never read something like it in lesbian romance.
I think this is one of the books that's not everyone going to have the same feeling about it.You can’t write a regular review for this book without giving it away. I enjoyed this book from beginning till the end and what an end . Reverie is narrated by Elizabeth Saydah, and what an amazing pairing she and Andrews make on this production. Many thx

Great love story set in the US deep south. sometimes funny sometimes sad. The narrator is very talented with the various voices. Bit of a twist at the end, didn't see that coming.

This story was so unusual and was refreshing to read an alternative lesbian tale.
You will think you have it all worked out, but have you?

Finished this book last night and now I can't stop thinking about it. It's an incredibly creative, unique story, and it'll make you examine your reality. It'll make you want to go back and read it again to catch all the "clues" you might have missed the first time around. Eliza Andrews' writing is beautiful, and the narration here will have you experiencing the story as if you're right there with the characters. I can't recommend this book highly enough.

lesbian thriller with a definite twist!

I really enjoyed this audio book. Near the beginning I thought it was slow paced but by the time you are halfway through you'll be rushing to finish the book because you want all the plot revealed. Lucinda showed up in reverie, mourning the loss Of her dead girlfriend and On edge, worryingThat her ex husband will track her down and kill her. She meets some new friends and sees some old friends. I can't say much more Because there is a definite plot twist and you will never figure it out. ha. There were a couple times where I thought I had figured it out but now. The ending was a surprise. It will definitely make you think. This is not your typical love story. It's more of a psychological thriller With some sex scenes. Definitely a good listen.

So so so so SAD

I really liked this story but if you’re emotional like me then you’ll be crying though pretty much the entire thing. I don’t want to give away any spoilers but it’s hard, there were quite a few twists. I won’t say anything though. It’s a wonderfully written and extremely memorable read. Give it a try if you’re not afraid of a few tears or maybe more than a few.

So, this is not your average lesbian romance novel...and that's the good news. What a beautiful, multi-layered story that winds the listener/reader into places unanticipated. The characters are beautifully developed and once again, not your average lesbian romance novel women. They aren't all thin, tightly abed, taunt breasted women who get wet with a look and come within 3 minutes of engaging is an sexual adventure. What the author does is bring the richness out of each of the main characters because of...and despite of her appearance. And that's just one thread to the tapestry of this story. Time is a major theme...past, present and future woven into the telling of the story to set us a little askew as we listen or read. You need to pay attention, but that attention is well rewarded. The story is rich and heartbreaking and hopeful and complete.

This is the second time I've listened to this audiobook and although the unexpected elements didn't surprise me like the first time around, I enjoyed the story just as much. I can honestly say that it's one of my favourite audiobooks. The narration was superb - a perfect fit for the story.
I also love that with Eliza Andrews you never know what to expect - so far each of her books were different. Highly recommended for everybody who prefers unique stories instead of formulas.

I nearly listened to the whole book in one sitting, wanting to find out what happens at the end. Excellent writing, and the narration was absolute perfection. This was my second listen from this writer, and I'm probably starting with a third right away. The short story about the author's own life at the end was the cherry on top of a tasty sundae.

This story hit home. I never realized that I had so much left over that I hadn’t let go. This story helped and I hope it helps you.

The only book that made me just think when it ended. not about the book itself but my life, my life growing up in the south. I know pee tend to connect with certain books but I personally never have, until now. and again not with the actual story but the feeling within the story. everyone should give this book a chance but if you are from the south I think you will understand what I just said more.

I wouldn't exactly call it a romance, so much as a paranormal, suspenseful novel with a lesbian sub-plot. And honestly? That was refreshing. When almost the entire focus of a book is on the romantic part, it often becomes too much.

I saw one or two twists coming, but I did NOT see the final one.

All in all, a good book, even if it contains a certain trope of exes. I would recommend it. 🙂

Such a unique story!

Eliza Andrew's is truly one of a kind. Her stories have so many layers and turns that I find refreshing. I also truly enjoy her personal story at the end. It was like another mini book and she seemed like someone I wanted to hang with 🤣.

The reader is excellent!