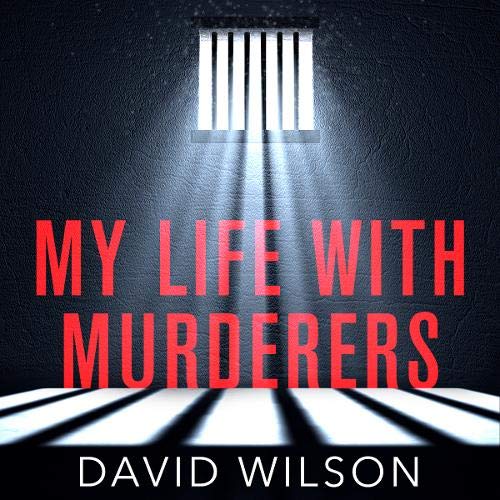 My Life with Murderers

Professor David Wilson has spent his professional life working with violent men - especially men who have committed murder. Aged 29 he became, at that time, the UK's youngest ever prison governor in charge of a jail, and his career since then has seen him sat across a table with all sorts of killers: sometimes in a tense interview; sometimes sharing a cup of tea (or something a little stronger); sometimes looking them in the eye to tell them that they are psychopaths.

Some of these men became David's friends; others would still love to kill him.

My Life with Murderers tells the story of David's journey from idealistic prison governor to expert criminologist and professor. With experience unlike any other, David's story is a fascinating and compelling study of human nature.

What listeners say about My Life with Murderers

I used to think I liked this guy. From seeing the odd documentary he seemed okay. This book however began to irritate me. Not only because his accent varies throughout which jars with the otherwise smooth running of the audio at times, but also because he comes across as a massive narcissist. His self congratulory tour of his work makes many a mention of his qualifications, training and insights, as though he sees himself as grandiose and important. I have no doubt he has studied and worked hard but I kept being thrown by how much he likes to be admired for every thing that he does.
Not sure there was enough detail about the criminals or cases. Just what he did/thought in relation to them. You might not learn much more from this than the fact he loves himself and being on TV

This had the potential to be incredible and a wonderfully fascinating listen, and as far as i was concerned, just the kind of book i enjoy. Oh dear not only is Professor Wilson a woefully abysmal narrator who so very clearly loves the sound of his own dulcet tones, but the entire book is so full of how wonderful he thinks he is and obviously a fabulous to to inflate his already enormous ego. I think that the government should put him in charge of all prisons and young offender units and he will sort everything out and put all prisoners,no matter how violent or abhorrent their crimes, back on the right track and make them all reform their ways. He is so incredibly pompous and not at all what i expected. Other learned authors, who have narrated their own stories regarding similar subjects, have come across as fairly humble individuals who do not seem at all grandiose or vain......maybe i just misunderstood where he was coming from and i am sure he is a lovely chap who enjoys his work, however maybe he should choose someone else to narrate who is a little more interesting. I shall await his beatification

A peek behind the scenes of the prison system and a look around the minds of some of the most shocking killers.
well written and narrated.

a must for potential crime buffs

very well narrated and an excellent insight into criminology. fascinating interviews and storytelling throughout the book.

That is a one of the most cathartic books I have ever had the privilege to read , listen to

I have learned so much about the psychology of what society unjustly treats as the criminal underclass . A most prophetic insight into “ there but for the grace of god ..whoever your god may be , go I “

A brilliant account of Prof Wilson’s career from prison governor to one of the UK’s leading voices in criminology. Prof Wilson is an expert narrator and explains difficult concepts and theories of criminal behaviour so that the reader is not bamboozled with science, rather it will spur you to dig deeper and there is an excellent large list of recommended further reading, most of which he is too modest to say all his books although he mentions a couple. Read by professor David Wilson you will want to listen in one go!

found this book interesting in parts but was put off by the narrator's extremely irritating accent and way of speaking. I realised I recognised his voice from TV and thought, oh no not that guy with the annoying accent that's Scottish with a really English twang who drones on and on without much real emotion or change in expression. Found the book darting about and hard to really gain much from. Sorry.

I love Dr Wilson’s appearances on documentaries, this is like a marathon of his great brain. The book is insightful, interesting, honest and fascinating. I was devastated when it was finished. A must listen.

As a Psychologist who works in a different field to David Wilson, I really enjoyed this book. It is well researched and well referenced. Wilson lists references at the end of the book, according to different aspects of criminology and levels of interest. Which is helpful. The accounts of his work are fascinating and his narration is extremely good (by no means is this commonly the case when writers narrate their own audiobooks). I found this book compelling and entertaining, and have no hesitation in recommending it to others.

Someone really should’ve given him the feedback that he needed to get someone else to read this book for him if he was adamant that he wanted to do an audio book.