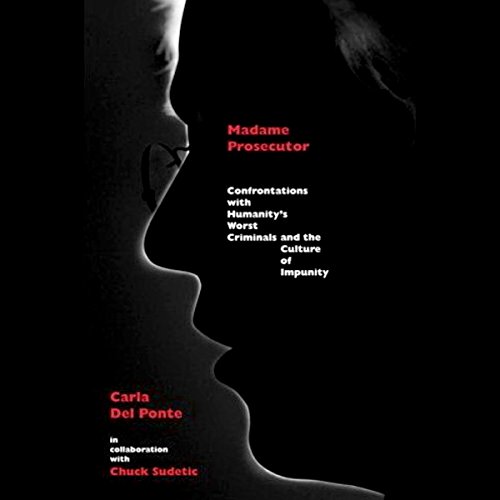 Carla Del Ponte won international recognition as Switzerland's attorney general when she pursued cases against the Sicilian mafia. In 1999, she answered the United Nations' call to become the chief prosecutor of the International Criminal Tribunal for the former Yugoslavia and for Rwanda. In her new role, Del Ponte confronted genocide and crimes against humanity head-on, struggling to bring to justice the highest-ranking individuals responsible for massive acts of violence in Rwanda, Bosnia and Herzegovina, Croatia, and Kosovo.

These tribunals have been unprecedented. They operate along the edge of the divide between national sovereignty and international responsibility, in the gray zone between the judicial and the political, a largely unexplored realm for prosecutors and judges. It is a realm whose native inhabitants - political leaders and diplomats, soldiers and spies - assume that they can commit the big crime without being held culpable. It is a realm crisscrossed by what Del Ponte calls the muro di gomma - "the wall of rubber" - a metaphor referring to the tactics government officials use to hide their unwillingness to confront the culture of impunity that has allowed persons responsible for acts of unspeakable, wholesale violence to escape accountability. Madame Prosecutor is Del Ponte's courageous and startling memoir of her eight years spent striving to serve justice.

What listeners say about Madame Prosecutor

What did you love best about Madame Prosecutor?

Forcefully written and performed. Told the how and why's from a prosecutor's point of view of the facts and personalities.

Have you listened to any of Dina Pearlman’s other performances before? How does this one compare?

This is my first