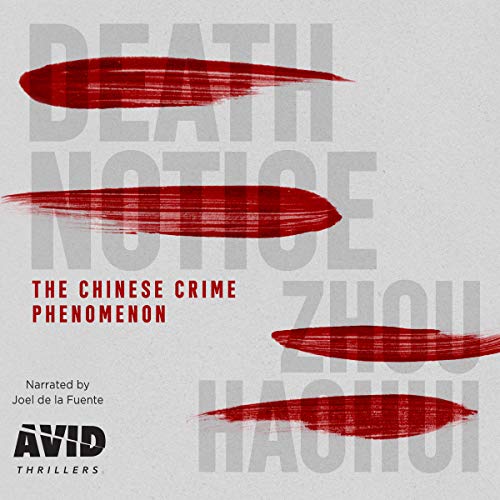 For nearly two decades, an unsolved murder case has haunted Sergeant Zheng Haoming of the Chengdu Police Department. Eighteen years ago, two victims were murdered after being served with 'death notices'. In refined calligraphy their perceived crimes were itemised, and they were sentenced to death. The date of execution was declared, as was the name of their executioner: Eumenides.

Now, a user on an internet forum has asked the public to submit names for judgment - judgment for those the law cannot touch. Those found guilty will be punished, and there is only one sentence: death. The user's handle? Eumenides.

Does Zheng have a lead? Has a long-dormant serial killer resurfaced? Perhaps modern police techniques - criminal profiling, online surveillance and SWAT quick response teams - can catch a killer who previously evaded justice. Or perhaps the killer is more than a match for whatever the Chengdu Police Department can muster.

The first in a trilogy and a best seller in China, Death Notice is a high-octane, high-concept cat-and-mouse thriller that adds an exhilarating new gear to the police procedural.

What listeners say about Death Notice

After struggling a bit with the names, I.e. remembering who was who, I really enjoyed this story and will look for the second book. I did unravel part of the mystery, but by no means all of it. It’s an intriguing story and I found myself cheering on the culprit more than once. Very clever plotting and worth a credit. I didn’t really enjoy the narration. His characterisations were not not My taste, but he was consistent, so I could often tell who was speaking but the voice so I would try another of his books.

Tortuously plotted which was intriguing to start with, but it became a bit too much. Bodies dispatched with scant regard for emotion even though the author tries to make you care for his characters. Not sure i would read the next one. Chinese Scandi noir?

after becoming obsessed with the Chinese TV show death notify (highly recommended) I wanted to listen to the book it was based on. I do think the TV show was easier to follow but this did not disappoint, full of twists and turns that you would not expect. I definitely recommend if you like a crime mystery.

I loved the way the plot incorporates so many different points of view. The characters are real and have depth. The twists are not yet hard to guess in advance and I guessed quite a few directly but the story is gripping and fast paced. The individual cases of the murder are solely written.