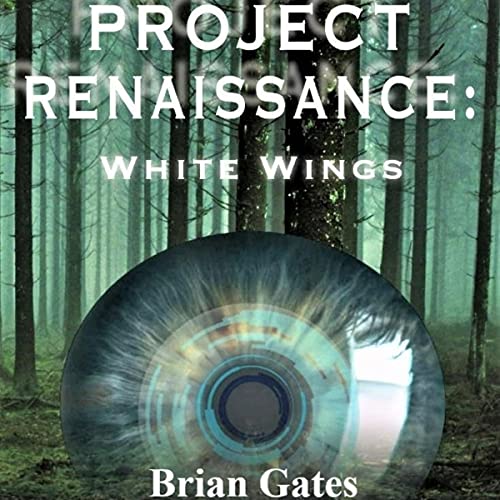 Solis won capitalism. The mega-corporation invented the contact lens that augments reality, effectively retiring the smartphone. Individuals can now enhance their reality to make it appear however they please. Life is artificially blissful.

Except for Booker Vaux. When his family vanishes without a trace, unrequested hallucinations begin to plague him. The man once heralded as one of the greatest detectives in Cleveland begins to see his world unravel. One cryptic clue sends him on a quest outside of his own jurisdiction. However, when the clues lead to Solis’ doorstep, a conspiracy emerges that threatens not just his family, but the entire world. To prevent the unspeakable horror, he will risk his life...and his sanity.

"If you are a fan of thrillers, you will relish Project Renaissance: White Wings." (Five stars, Readers' Favorite)

What listeners say about Project Renaissance