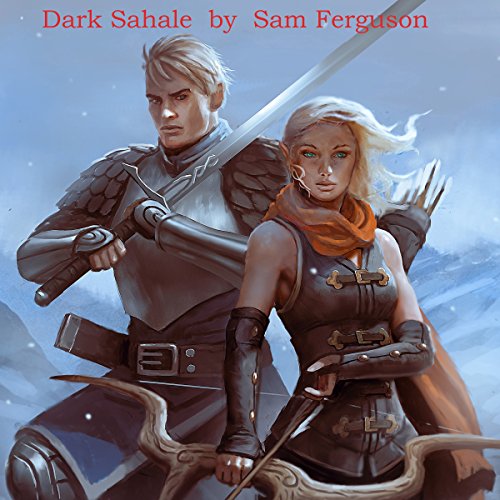 By: Sam Ferguson
Narrated by: Ian Fisher
Try for £0.00

Haunted by the ghosts of war, Erik Lokton has spent years traveling alone in the Southlands, hunting for answers to the nature of his identity as a Sahale, a dragon kin. Visited by visions of a fiery wrath that is one day to be brought upon the world, Erik also seeks to unravel the mystery of the Four Horsemen, enforcers of a mysterious Cosmic Counsel which is, by all accounts, unstoppable. When a series of murders in the Middle Kingdom call him home to help avert hostilities between dragon kind and the races of men, Erik is reunited with a beautiful woman from his past, the elven ranger Lady Arkyn. Together they must race to uncover the identity of the murderer. Erik will be faced with questions about his heritage and his past, and will find some unexpected answers.

What listeners say about Dark Sahale