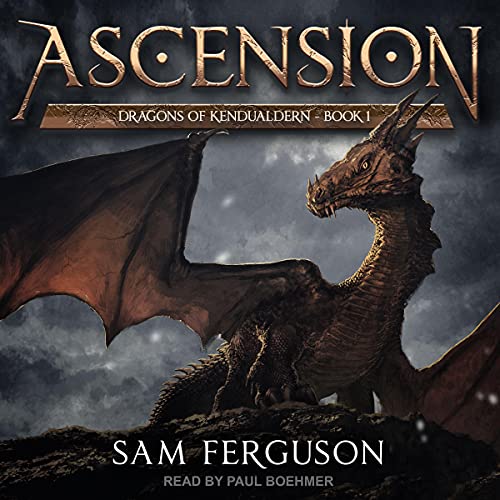 By: Sam Ferguson
Narrated by: Paul Boehmer
Try for £0.00

Gorliad is the first crowned prince to hatch in centuries. But can he rule?

Destined to one day conquer a kingdom of his own, he begins his rigorous training and progresses wonderfully. That is, until a rival dragon descends upon the kingdom in a ferocious battle that leaves Gorliad crippled and bereft of his birthright.

The young dragon will need to find the fires deep within his soul if he is to overcome his handicap, but even victory may bring defeat as he will have to risk his father's kingdom and everything in it to ascend to his promised throne.

What listeners say about Dragons of Kendualdern Series, Book 1

Beautiful and complex, this story is highly recommended. I can not wait for the next book.