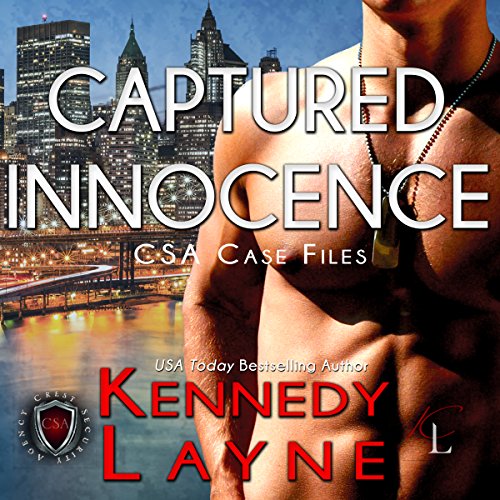 By: Kennedy Layne
Narrated by: Michael Pauley
Try for £0.00

When the killer sets his sights on Lauren, Connor is forced to rethink their relationship. He has the training it takes to catch a murderer, but does he have the courage to escape his inner demons and capture Lauren's heart?

What listeners say about Captured Innocence

By his command, her submission will set her free!

Lauren never wanted to ever experience bondage in any form but when the Dom of her dreams walks into her shop she finds herself torn. Connor vows that he will keep her safe and at the same time teach her the joys of submitting to a 'good' Dom.

Can he show her that blindfolds and cuffs are not all there is to bondage. That in the end it is his command that will set her free. Staying alive will prove difficult enough but protecting her heart may prove impossible.

I thoroughly enjoyed listening to this book that deals not only with a cold blooded killer but a womans need to embrace submission. As well as her future Doms need to learn to trust and to love again.

Suspense at its best with a healthy dollop of hot sex scenes. One of my favourite narrators is just icing on the top. I want to listen to more of this series. Well done Kennedy keep it up.

I loved reading it. Adored listening to it!

I've been a fan of Kennedy Layne's books since she began publishing. I love her CSA series. It blends well dominant men and compelling women. Lauren and Connor meet because she may have information regarding a case he is working on.
If you love Cherise Sinclair and Lexi Blake, you will love Kennedy Layne.
I look forward to listening to the next book she delivers!

I had never heard of this narrator but he did a good job. With male narrators it's always a toss up whether or not they can pull off female characters and Michael nailed it.

Each character has their own allure that promises more hot, military men and romance on future books.