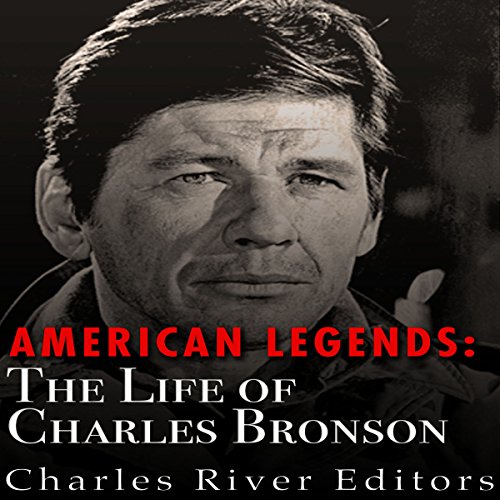 The leading men of the 1940s and '50s ably represented the visual and cultural expectations of those decades in their iconic films. Some were handsome and glib with quasi-classical dialogue, some could sing, and a few could dance, while others brought imposing athletic presences to thrillers, Westerns, and urban crime dramas.

However, with the advent of the early 1960s, popular culture entered a heightened age of verismo, a more frank and severe view of societal reality. Motion picture studios on both sides of the Atlantic, aware of the changing times, were quick to reflect it. The harsher light of violent new genres required a different sort of male protagonist, a character type who could put his humanity and uncertainty aside to act as a more ruthless hero than his predecessors. Paralleling real concerns over crime and an increasing disrespect for life and property, the public fell in love with the new "avenging angel" image and with Charles Bronson, the actor born at the perfect time in which to symbolize it in the grittier new films.

By the time Bronson emerged from a series of miniscule uncredited roles in the mid-1950s, the singing cowboy was two generations gone, save vestiges in television serials, such as Roy Rogers and Dale Evans. The dancing romantic lead of the Gene Kelly and Fred Astaire variety would soon exhaust itself as a genre in an age increasingly bent on realism and a more severe form of escape. Bronson possessed none of the gifts common to the heroes of the previous era. Lightheartedness did not become him, and by all accounts he was neither a singer nor a dancer. He could not offer the heft of Gary Cooper or John Wayne, although he shared a reserved quality with the former. He did not possess the pristine good looks of Gregory Peck. In fact one good-natured description making the rounds in Bronson's heyday likened him to "a Clark Gable who has been left out in the sun too long."

To accompany the rough-hewn appearance of Bronson's new class of hero, the typical script gave his remarkably enduring persona little to say in terms of dialogue that would reveal his inner thoughts. With minimal text, even those he attempted to help were unsure of his intentions, and few clues were offered by which the viewer could come to know his mind. As the grotesqueness of his characters' violent acts increased, so did the heinous deeds of the criminals he fought, upping the ante to an eager public in search of a simple cure for its social ills. In a career of almost 80 films and a total body of work totaling 160 appearances including on television, Bronson pushed the envelope of what graphic action the studios were willing to offer, what the censors would accept, and what the sensibilities of moviegoers were able to endure more than anyone in his era.

What listeners say about American Legends: The Life of Charles Bronson