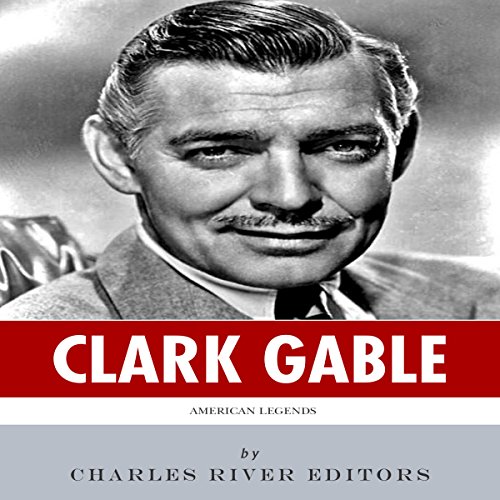 "The only reason they come to see me is that I know that life is great - and they know I know it." - Clark Gable

A lot of ink has been spilled covering the lives of history's most influential figures, but how much of the forest is lost for the trees? In Charles River Editors' American Legends series, readers can get caught up to speed on the lives of America's most important men and women in the time it takes to finish a commute, while learning interesting facts long forgotten or never known.

The 1930s were, without a doubt, the height of the classical Hollywood era. It is no accident that 1939 has historically been designated as the pinnacle of Hollywood film history. The era was known for its lavish studio productions, with MGM, RKO, Warner Brothers, Paramount, and 20th Century Fox all operating at the height of their powers. Every major studio possessed a long roster of contract players, with films released at such a rapid pace that it made for an especially competitive environment within the industry. Even while America remained in the throes of the Great Depression, the film industry continued to flourish, and movies easily supplanted the theater as the main attraction for American entertainment. Indeed, it would be no exaggeration to claim that the film industry reached its zenith during the decade precisely because it offered an affordable (if very temporary) escape from the anxieties of the economic woes of the era.

The 1930s were also a time in which Hollywood boasted an unprecedented array of famous leading men.

What listeners say about American Legends: The Life of Clark Gable

Entertaining and thoroughly researched. This (short) biography of one of Hollywood's most valued stars offers genuine insights to the pattern and fabric of Hollywood's development. A much-loved star who was admired worldwide by both men and women is touched again and again by unbelievable tragedy throughout his short life but still manages to come back smiling. The incredible losses Clark Gable had to grapple with in his life combined with his outstanding work ethic and belief in himself makes for strength of character in the 1st degree.