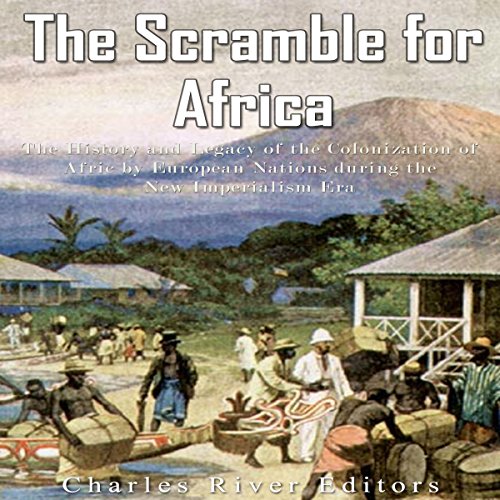 The Scramble for Africa: The History and Legacy of the Colonization of Africa by European Nations During the New Imperialism Era

The British South-African Company's shares May be at a discount - (Trade-martyrs! - trade-martyrs!) But he, our Colossus, strides on, he declares, Whether with or without chums or charters - or charters. Hooray! We brave Britons are right now to the front - Provided we've someone to boss us - to boss us; And Scuttlers will have their work cut out to shunt This stalwart, far-striding Colossus - Colossus! —Excerpt from an editorial in Punch, December 10, 1892

The modern history of Africa was, until very recently, written on behalf of the indigenous races by the white man, who had forcefully entered the continent during a particularly hubristic and dynamic phase of European history. In 1884, Prince Otto von Bismark, the German chancellor, brought the plenipotentiaries of all major powers of Europe together, to deal with Africa's colonization in such a manner as to avoid provocation of war. This event - known as the Berlin Conference of 1884-1885 - galvanized a phenomenon that came to be known as the Scramble for Africa. The conference established two fundamental rules for European seizure of Africa. The first of these was that no recognition of annexation would be granted without evidence of a practical occupation, and the second, that a practical occupation would be deemed unlawful without a formal appeal for protection made on behalf of a territory by its leader, a plea that must be committed to paper in the form of a legal treaty.

This began a rush, spearheaded mainly by European commercial interests in the form of Chartered Companies, to penetrate the African interior and woo its leadership with guns, trinkets, and alcohol, and having thus obtained their marks or seals upon spurious treaties, begin establishing boundaries of future European African colonies. The ease with which this was achieved was due to the fact that, at that point, traditional African leadership was disunited, and the people had just staggered back from centuries of concussion inflicted by the slave trade. Thus, to usurp authority, to intimidate an already broken society, and to play one leader against the other was a diplomatic task so childishly simple, the matter was wrapped up, for the most part, in less than a decade.

What listeners say about The Scramble for Africa: The History and Legacy of the Colonization of Africa by European Nations During the New Imperialism Era

The narration did slightly spoil this useful introduction to the Scramble for Africa. . .

the narrator is just a little too fast

besides the narrator being too just a little too fast, all was good. looking forward to a more in depth version

An insightful perspective into state of Africa

This is the reason Africa may never get it's acts together. This is by far the worst crime against humanity and a people for that matter. Wow!!!

On what grounds was Audible moved to appoint this man as narrator for this excellent book? A book like this deserve a voice like David Attenborough! We are talking about a perioid in history which had an enormous impact on the world and a man with no feeling, bad prononciation blasts it out! Very bad Audible. Very bad. It was no plesure. I feel like canceling my membership after this experience !

Awful. The narration was terrible, words pronounced incorrectly. Unfortunately, I thought I had purchased the original Thomas Pakenham version. This was very misleading

The quality of the reading was so poor I have not been able to listen even though I am very interested in the topic. Why was this reader chosen?

Some good insight into into colonization, narrator is not great but bearable. There is so little text on the berlin conference, this book is not a last stop but a good accompaniment to more research regarding this tragic period of history.

This Unscrambled It For Me!

This book helped me understand how Europe destabilized Africa for generations. Between slavery and plundering for natural resources, the Europeans basically guaranteed disunity among the African nations. Now I understand why some Africans speak with a British accent and some Africans speak with a French accent. It relates directly to colonization and the scramble for Africa. The book is nice and brief in explaining history and the narrator was very clear. The book is concise and informative.