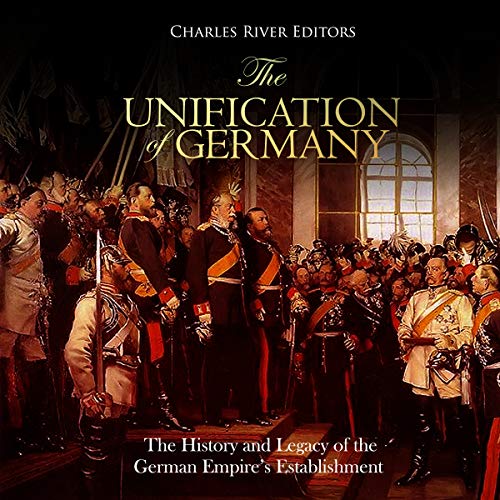 The Unification of Germany: The History and Legacy of the German Empire’s Establishment

When invoking the term "German unification", many might initially think of the tumultuous period at the end of the 20th century when Communist East Germany and Democratic West Germany came together to form the modern German state. However, that was technically a "reunification" because Germany was first unified as a nation-state in 1871. That unification formed a state much larger than today’s Germany, stretching from Strasbourg in the Alsace region in today’s France almost 1,500 kilometers to Königsberg, now Kaliningrad in contemporary Russia, on the Baltic Sea.

This unified Germany was an experiment with few historical precedents. The 19th century was, indeed, the "Age of Nationalism", but German speakers had traditionally been spread out across Europe, including the Austrian Empire, loose confederations such as the Holy Roman Empire, and many other countries. German unity was a seemingly impossible dream held by nationalists for many years, but it became a reality when Prussia, the largest state in the German Confederation, pursued a deliberate and aggressive strategy to bring as many German-speaking territories under its control. That is not to say most Germans resisted unification, because even as life in an assortment of German states had some advantages, an underlying insecurity prevailed in principalities lacking overarching authority. German-speaking lands had been the sites of some of the continent’s most brutal wars. Moreover, there was a growing sense of German cultural and linguistic togetherness fostered by nationalists, artists, writers, and composers.

Not surprisingly, German unity in 1871 caused geopolitical ripples that reverberated for decades. Other larger European powers, such as Britain, France, and Russia, came to feel threatened by the rise of Germany. These tensions were still prevalent at the outbreak of World War I in 1914, and it became even more important in World War II. In part, this was because Germany also became an economic powerhouse, fundamentally altering the global economy. Alongside the rapid expansion of the US, trade went through a transformation that still has ramifications today.

The forces driving Germany's unification in the 19th century were similar to other trends of the era, but there were many specific and contingent factors playing out before 1871. In this respect, the unification of Germany is both an unusual and unfamiliar story.

The Unification of Germany: The History and Legacy of the German Empire’s Establishment looks at the life and work of Germany’s most famous politician and how Germany was unified. You will learn about German unification like never before.

What listeners say about The Unification of Germany: The History and Legacy of the German Empire’s Establishment

I am not a German language expert but I am married to a German and lived there six years. As such I can at least recognize proper pronunciation and it is nowhere to be found in this narration. It is a bit distracting to be honest. I would expect narrators to familiarize with their subject matter beforehand. For example, if I was going to narrate a book with Japanese words I would find a native speaker and seek their assistance in pronouncing those words since I would know in advance that I do not speak Japanese as this gentleman must surely have known he does not speak German.

Content-wise the book seems OK, although I am not a history professor; this topic just interested me.

Grin and bear it!

I came away knowing no more about German Unification in 1871 than I did before I read it. Waste of time.