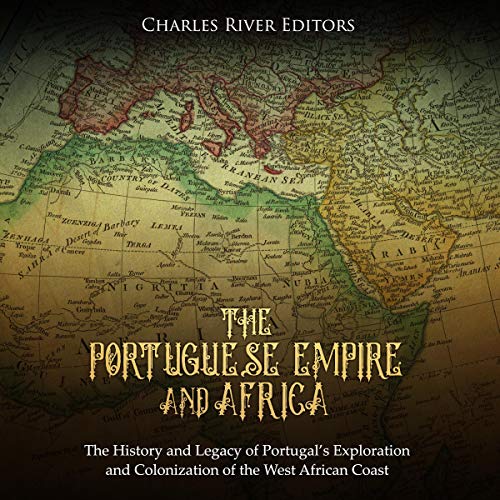 The Portuguese Empire and Africa

By: Charles River Editors
Narrated by: Bill Hare
Try for £0.00

By the mid-15th century, the Byzantine Empire had collapsed and the various Crusades that had taken place in the region had largely disrupted the overland routes of the Silk Road and trade. Compounding the difficulties of trade was the rise of the Ottoman Empire in place of the Byzantines and the outbreak of the Black Death in Europe.

Around this time, a period of European exploration began, and major factors that contributed to this period of exploration were introduced by the Chinese, albeit indirectly. The magnetic compass had already been developed and used by the Chinese sailors, the Song Dynasty then began using the device for land navigation in the 11th century. The technology slowly spread west via Arab traders, although a case can be made for the independent European creation for the compass (Southey 1812: 210).

Trade was able to increase around the world due to more effective ships being introduced, which were first introduced by the Chinese. The introduction of multiple mast ships and the sternpost rudders allowed the ships to travel quicker and be more maneuverable, with a minimum number of crew aboard.

The Portuguese started exploring the west coast of Africa and the Atlantic under orders from Prince Henry the Navigator. At this point, Europeans had not yet been capable of navigating completely around Africa, but the Portuguese continued pushing down the western African coast looking for ways to bypass the Ottomans and Muslims of Africa who had been making overland trade routes difficult. In 1451, Prince Henry the Navigator helped fund and develop a new type of ship, the caravel, that featured triangular lateen sails and would be able to travel in the open ocean and sail against the wind. In 1488, Bartholomew Diaz rounded the southern tip of Africa, named the Cape of Good Hope by King John of Portugal, and entered the Indian Ocean from the Atlantic.

When it became clear Christopher Columbus hadn’t landed in Asia, it was understood by everyone that this was not necessarily the route the Europeans were searching for, and the Portuguese continued to send explorers around the Cape of Good Hope in an attempt to reach the East Indies. After a two-year voyage, in 1499, Vasco da Gama had successfully reached India and returned to Portugal.

They had found access to the trade regions that they had been searching for, but it would require too many resources to travel with at once; Portugal began establishing a number of forts and trading posts along the route and were able to establish a fort on the west coast of India, Fort Manuel, in 1500, and in 1505 a fort was erected off the coast of Tanzania, thus beginning a trend of European colonization in Africa and Asia that would last for the next 400 years.

This audiobook chronicles the early efforts by the Portuguese that helped initiate the Age of Exploration, and the ramifications the colonization had across the world.

What listeners say about The Portuguese Empire and Africa

Illuminating but brief. This title offers food for thought regarding colonialism in Africa.

Though brief the book hits on the key periods of the Portuguese Empire in the region and is a solid framework for further research.

The narrator is a bit stale but entertaining regardless.

So Much Left Out

1. Too bad he did not use the names of the kingdoms and empires that the Portuguese had relations with. This could have been done by stating the empire or Kingdom and then say the modern-day area (Dahomey, the exception)
2. I would have liked to have had them translate the Portuguese words into English.
3. The Jesuits were briefly mentioned. This was very important in the Kingdom of Kongo. This is a nation that became Catholic and when they had problems the king sent messages to the King Alfonso sent pleading messages to the King of Portugal and to the Pope. This fell on deaf ears..
No information from the Vatican seems to have been used.
There were Inquisition-like trials in the kingdom of Kongo and none of this was brought out..
Instead we are filled with the Dutch, Belgium, Germany, Britain, and French information that is widely known.
4. It is good that he mentioned the Swahili coast slavery of the barbaric Muslims.
Very disappointed.

This is an excellent overview and basis for further study. Obviously centuries of history cannot be fully detailed in a work of this length. However, this is about as good of a summary that I could have hoped for. The only reservation I have is that in listening only, one might not be able to fully comprehend names and places. I read the accompanying Kindle while listening and was really glad that I did so. Thank You...

The quick history was good enough—nothing special—but adequate.
I know Portuguese can be hard to pronounce for us English speakers, but man alive, my 101 students come of as fluent compared to Hare’s job. I’m generally lenient on pronunciation b/c we’re so often constrained by the sounds of our native language, but this was so bad, I was constantly distracted trying to figure out what the actual name or word was so that I could follow along. When in doubt, don’t lean on Spanish or Italian or French, be a professional narrator and get the basics of the language.