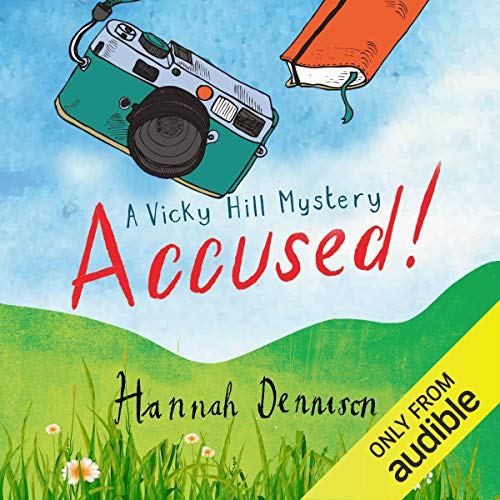 By: Hannah Dennison
Narrated by: Katy Sobey
Try for £0.00

Murder is in the air when hedge-jumping champ Dave Randall accuses his archenemy, Jack Webster, of sabotaging his dream to compete at the upcoming European Games.

Vicky is used to Dave's histrionics, and she turns a blind eye. After all, she has bigger fish to fry - namely, solving the mysterious death of worm-charming diva Ruth Reeves, whose sudden inheritance has made her very unpopular with old friends and neighbours alike.

But when Jack Webster ends up dead, too, there seems to be a strange connection between the pair, and Dave becomes the prime suspect.

"The perfect classic English village mystery but with the addition of charm, wit and a thoroughly modern touch." (Rhys Bowen)
"Downton Abbey was yesterday. Murder at Honeychurch Hall lifts the lid on today's grand country estate in all its tarnished, scheming, inbred, deranged glory." (Catriona McPherson)
"A fun read." (Carola Dunn)
"Sparkles like a glass of Devon cider on a summer afternoon." (Elizabeth Duncan)

What listeners say about Accused!

This is an entertaining and enjoyable cozy mystery with well developed characters. I listened to this book in one day. I hope more books are made in this series for Audible.

good book, I enjoyed it a lot. I even did some reading on Madam Curie

I thought this was a creative and cute book. I’ve listened to it more than once.

I didn't like the story or rhe proforance.i would not listen again let me close rhisdamnbook