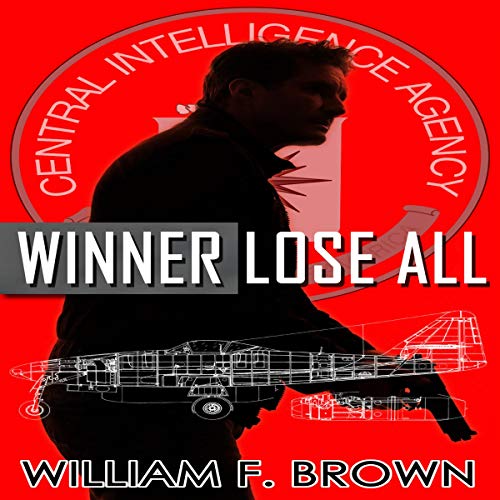 A historical suspense thriller set in the closing months of WWII, as one war grinds to an end in the rubble of Nazi Germany, all eyes turn to the next 'cold' one. The Americans, the Russians, and the British all know that the future belongs to whomever can grab the new rockets, jet fighters, long-range bombers, synthetic fuels and other 'wonder weapons' that Hitler unleashed upon them. Those will shape the balance of world power for decades to come. It is also the story of the torrid but impossible romance between Ed Scanlon, a brilliant, young, American OSS agent and Hanni Steiner, the gritty, street-smart leader of the communist resistance cell in Leipzig. They now find themselves on opposite ends of an international tug of war over the plans for Germany's revolutionary Me-262 jet fighter and the scientists who designed and built it. To succeed, they must not only outwit each other, they must stay one-step ahead of Otto Dietrich, the sadistic Gestapo Chief of Leipzig, who has plans of his own. The stakes in this military political thriller could not be higher. Once-bitter enemies are tomorrow's allies, old friends cannot to be trusted, and lies, double-dealing, action and adventure, spy versus spy, and treachery are the norm. Driven by the uncompromising dictates of historical characters such as Josef Stalin, Lavrenti Beria, Allen Dulles, Heinrich Himmler, and Winston Churchill, it is succeed or die, and the winner will indeed lose all. Combining the best of action romance and World War II historical fiction, this fast-paced espionage spy thriller will resonate.

What listeners say about Winner Lose All

Everything good about this book great story with lots of historical facts, very interesting and narrator was great, clear loud voice very easy to listen too and understand.

American agent in Germany falls for German girl who is working for the Russians. Plenty of twists and unforseen tragedies. The American is sent back to Germany to extract some important jet designers and engineers near the end of the war and runs into his girlfriend trying to get the same people to Russia.

I listen to some hundred books a year and this is one of the best from story, narration and. production! well done!

Great amount of intrigue and drama

I loved the story although, at the beginning, I really didn't think I would. The story laid out the great sacrifices the main characters had to take in the name of loyalty to country.

Great story. Wonderful characters. A plot that has many many twists and turns. Couldn’t put it down!

The end of WWII with the different countries involved. An american pilot is interrogated. A young jewish woman who is working the communist cell. A romance between them. He now wants to go back to Germany and persuade her to join him in American. Good look at the after affects of War. The narration was good , given audio for my voluntary review.

Not your typical spy story

A good story with several sub stories . The narrator took some getting use to but, ultimately was fine. I would get another book by William F. Brown.

A gripping World War II tale of the spies in different countries trying to gain their own foothold on the happenings around the world. This group of people, each thinking the way they were taught to be the right way, were sometimes left to survive on their own. Quite different from any other WWII story I had read.

Sometimes you stumble across a book or story by accident, which is how I happened upon Winner Lose All. In this case, this was an accident that was highly entertaining taking me through Germany towards the end of WWII through the story of a fledgling OSS agent. I’ve always enjoyed stories in this genre and have found an author who rivals several of my favorite spy story authors in his storytelling skills and character development. I can’t remember the last time I finished a book/story and had such feelings of distaste/dislike towards a few of the semi-key characters. Lee Alan’s narration was very enjoyable especially in the way he made each character come alive.

Great combo of spy vs spy and romance

I enjoyed the back and forth, the underlying issues. It was a great use of real history and injecting a good spy story into it

A classic World War II story that brought to mind movies that came out after the war dealing with spies, deception and power struggles. The always present romantic theme that humanizes the unthinkable acts of cruelty and man's inhumanity to his fellow men, softens the plot. The story brings out the sacrifices made by those who served to make our world one again.