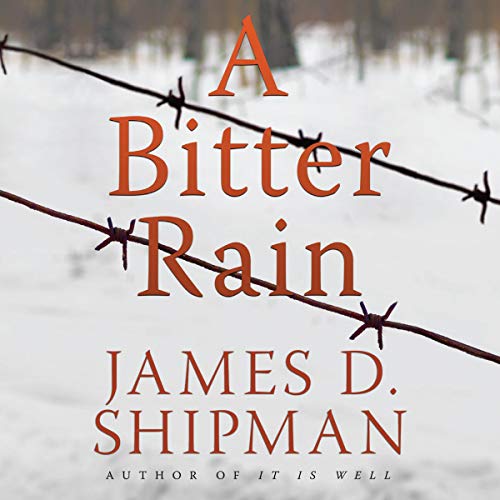 By: James D. Shipman
Narrated by: David deVries
Try for £0.00

A former professor descends into darkness in this provocative story of a Nazi soldier torn between duty and conscience.

East Prussia, Nazi Germany, 1939. History professor Erik Mueller is a model citizen and a family man. He's also a decorated sergeant in the Gestapo. Proving his courage on the battlefields of Poland and the Soviet Union, and proud of the German army's victories across Europe, he embraces what he thinks is the righteousness of the Third Reich's cause.

But his loyalties are soon tested when he crosses paths with his old university friend Trude Bensheim. Forced into unemployment for being Jewish, Trude and her husband start a secret organization to help Jews escape Germany. But when they are betrayed by someone they thought they could trust, their lives hang in the balance.

Erik feels responsible for Trude's capture, and he knows he's in a position to help them. But when everything he holds dear is at stake, will he save his friends...or himself?

What listeners say about A Bitter Rain

Loved every part of this book. It was well written and I couldn’t stop reading (listening). I really enjoy learning the history of WWII and I believe James did a great job portraying the sad, heartbreaking history though his characters. The character development was excellent and I felt I was able to get a glimpse of the different perspectives of those that lived through WWII. I also appreciate the historical information at the end of the book.
Must Read!

This book wonderfully written,brings the reality of concentration camps and the victims to the fore front. The realization of our part as Americans or our lack of being a part of this war to help grieves me..

I don't understand how anyone can give this book a good review. It's poorly written--full of clichés and awkward grammar. The characters are not well-developed, but one-dimensional. which makes them boring and predictable. The plot is also predictable, and many of the scenes felt repetitive and boring, In addition, the volume and overly-dramatic presentation of the narrator was really irritating. Finally, the book was didactic--the author has a point of view to press, and we have no doubt as to what that is. If you somehow managed to miss it, he reiterates it clearly in the epilogue. The only reason I listened to the end was that I was alone on a car trip, and it was the only book I had available. I have a background in literature, and I read at least two books a week--many related to WWII, both fiction and non-fiction. I've only written one other bad review, but in this case, I felt I had to balance the other reviews and save critical readers from wasting their time and money on this book, which just doesn't make the grade.

War criminals and escapees were regarded as war heroes in some countries.

he said in his Nobel acceptance speech. “What I discovered in Auschwitz is the human condition, the end point of a great adventure, where the European traveler arrived after his 2,000-year-old moral and cultural history.”

Very disappointing. Not only the book is very cliche but the reading is un enjoyable...

Wow. The dialogue in this is beyond terrible. Beyond obvious. Add that with the terrible narration and voices by DeVries and you have a painful book. I made it about 40 minutes before I quit. Ouch this one was brutal.

This book can be read/ listened to by any age. Clean basic Nazi history we are so close to repeating with our political disaster mr. Trump. Listen and learn from history.

Although a slow start, the book picked up speed and was spellbinding. I liked the way the author developed two story lines. The setting of Konigsberg, East Prussia a city founded in 1255 and abandoned in 1945, was an interesting choice of venue. David DeVries did a creditable job of narration although his voices of the two children was ludicrous. I liked this book because of the subject matter, in the darkest of times, there are always good people willing to follow their convictions and put their lives ahead of their personal safety, to protect others. The author could have devoted more attention to ending however in fairness, he did devote the last chapter to political foot notes and put the book into historical perspective. Recommended

Detest writing reviews.It was okay if you like it but please don't ask me to review.

Enjoyable to listen to the story line of a hard topic in history. Page turner