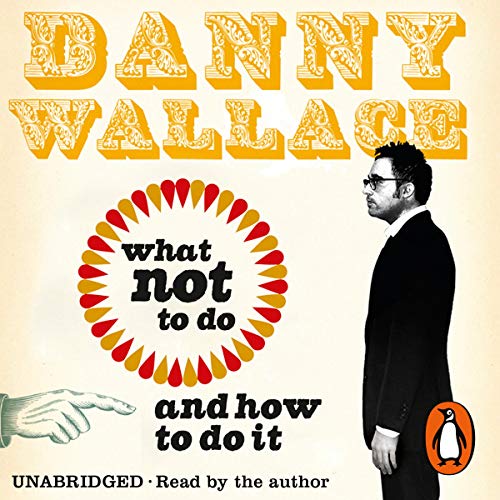 In 2010’s brilliant Awkward Situations for Men, Danny Wallace entertained us with wonderful bite-sized stories from his often embarrassing and bewildering everyday life as a man. Well, now it’s 2011 and Danny is back - and he’s even more confused than ever!

A lot has happened to Danny Wallace in the past year. He has had a baby and has been hobnobbing with the powers that be in Hollywood. But that hasn't made him any less awkward. Being more of a grown up brings its own baffling etiquette and expected social graces, and no-one has told Danny. Join Danny once again on his very funny stumble through more awkward situations. It's not easy being a man!

Hold up, haven't I heard this all before? You betcha! This is a cynical and heavily disguised repackaging of Danny Wallace's "Awkward Situations for Men" which was itself cynically packaged on Audible not as a single book but as four segments of the same volume.

I've bought and enjoyed all of Danny's previous writings in audiobook form but this is just taking the p*ss. Whether the architect is Danny or Audible matters not. What does matter is what a rotten trick is this. You should be ashamed of yourselves.

Boring drivel , I normally like his work but am new to his awkward situations range and they not for me.

I thought this audiobook was great! Awesomely written and read by Danny Wallace. Really funny as well. I can almost relate to everything in this book/audiobook. Bloody good job mate!

I have read a number of other titles by Danny Wallace and was looking forward to this one however I was thoroughly disappointed. Maybe I just struggled to relate to the scenarios he found himself in or just didn't really find them to be that awkward or indeed interesting! I would agree with a point made in another review that these very short snippets are probably better enjoyed one at a time at weekly intervals rather than as an audio book.There is no story-line or plot to this book, in fact, each scenario only lasts for a few minutes. I would recommend you try Friends Like These or Yes Man for a more enjoyable read.Sorry Danny. :)

This is a another collection of Danny's newspaper columns from Shortlist. Each one is an ironic adventure in man-dom, and is very well written. However, it looses a star, because in this format, they are all a little bit overwhelming, and blend in with one another. It's a shame, as I love the column, but when put together like this, they just run in and out, and the quality is lost somewhat. Even with that said, it is still a strong 4 stars.

Wit. That's what Danny Wallace has in abundance. Along with great observational skills. He sees a funny situation to write about and tell the world where the rest of us are embarrassed to even mention it again. I love his writing ever since I picked up 'Yes Man' and have proceeded to devour his back catalogue! The audiobook is great because if you are unfamiliar with Danny's TV & radio work you may not fully appreciate his deadpan delivery of these anecdotes. A really good audiobook that will have you laughing out loud and saying; "I've DONE that before!!"

It's good but it's not the best book in the world, thought would be a bit better, but still enjoyed it, but the download was a bit dodgy and crackled at certain points.