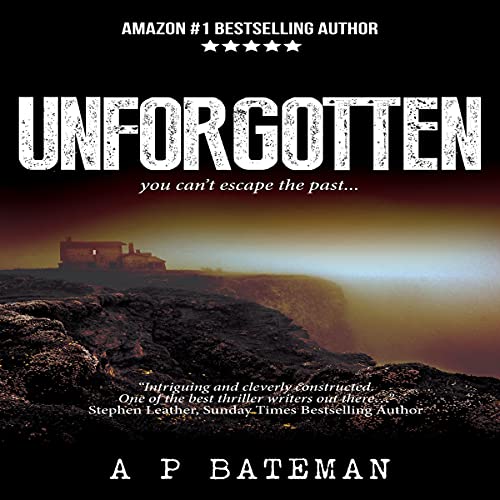 When a disgraced metropolitan detective is thrown a lifeline with a posting to Cornwall, he expects his life of dangerous undercover work will be replaced by monotony and a backlog of cases more suited to a junior detective. However, after a young girl goes missing and a local man is accused, DI Jackson is thrown into a world of deception, murder, and confusion.

How can social outcast Thomas Jago be accused of such terrible crimes and yet always have an alibi?

Jackson is surprised when his teenage daughter turns up, breaking the custody order imposed after his divorce. Time is of the essence with a missing girl to find, but Jackson can’t neglect his own daughter. He finds his world thrown into further chaos when he discovers a former enemy has placed a price on his head, with an assassin who won’t quit.

What listeners say about Unforgotten

This was an excellent mystery with a flawed but relentless protagonist, a touch of romance, some family drama, and more twists and turns than the narrow UK roads it's set upon, and even a tough puppy. There's a very "bad guy" and an assassin in a story line you will never figure it out until the dramatic end, but go ahead and try! Looking forward to Book 2.