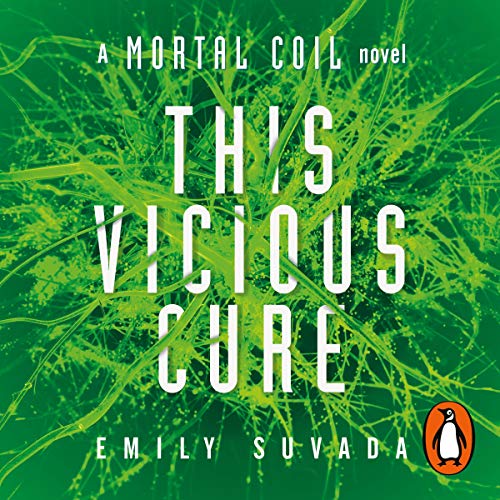 By: Emily Suvada
Narrated by: Skye Bennett
Try for £0.00

The extraordinary conclusion to the This Mortal Coil trilogy - who will survive the oncoming storm?

A plague that can't be stopped

A cure that could destroy them all...

Cat's hacking skills weren't enough to keep her from losing everything - her identity, her past and now her freedom. She's trapped and alone.

Meanwhile, Jun Bei is close to realising her dream - the solution to humanity's in gene form. Or so she thinks. But now a new threat has emerged - a threat that could bring the world to the brink of a devastating war.

Both sides will stop at nothing to seize control of humanity's future, and at the centre of this war is Cat, Jun Bei and a race against the clock save millions of lives.

And this time, Cat can't afford to let anything, or anyone, stand in her way.

The gripping finale to a series The Verge has called "perfect YA sci-fi".

What listeners say about This Vicious Cure