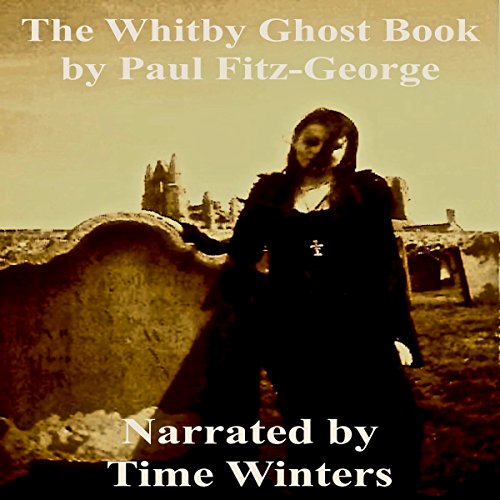 By: Paul Fitz-George
Narrated by: Time Winters
Try for £0.00

A collection of 22 supernatural tales about the old seaport of Whitby on England's beautiful and mysterious North East Coast. Stories include tales about ghosts, vampires, the fairy folk ,and the ancient customs and superstitions of the town's sea-folk, all of which paint a suitably spectral sketch of the ghostly goings on in this famous old town over the centuries. The origins of creatures and specters from the imaginations of Bram Stoker and Wilkie Collins feature in this book, put together by the former Collector of Dues of Whitby Harbour, Paul McDermott (now Paul Fitz-George since taking his wife's prestigious family surname...a new man in every sense!). He was, during his service there, able to pry some spectral gems and first hand reports from the citizens and old salts he dealt with at the harbor on a day-to-day basis and the book's stories featured in programs he appeared in for both BBC TV and ABC Television. Also included in this book is the research he carried out on some of the more ancient tales of this one-time Viking, Norman, and, in particular, 18th-century ship-building port, this carried out in the famous and fascinating archives of The Whitby Literary and Philosophical Society, of which he was a member. This is an updated edition of the original 1987 paperback.

What listeners say about The Whitby Ghost Book

Absolutely loved this collection of atmospheric ghost stories. Listened to these with mum and brother whilst staying in port hole cottage, Clark's yard on the east side of Whitby harbour. Candles and rum helped set the mood. Fantastic haunting holiday fun.

Would you consider the audio edition of The Whitby Ghost Book to be better than the print version?

I thoroughly enjoyed the narrators voice. Deep and Vincent Price-ish, with a delivery which was paced just right for the book.

This is a collection of ghost stories taken from events and folklore in and around Whitby. I am familiar with the Authors other books and this work expanded on those beautifully. However this is not just a book for Whitby lovers, there is a wealth of Hell-hounds, Grims, Wafts and all things supernatural to tantalize.

Time added a lot of variety to this book, quirky accents and lovely pace.

I was interested in the custom that young ladies performed to see their future husband...interesting use of a cake and stocking...

A good way to spend just over two hours!

Brief, slightly creepy stories from the town, some referencing Stoker's inspirations, are slightly marred by unfortunate sound effects and story headers. Other than those annoyances, the narration is largely well done. The audiobook is priced appropriately for its short running time.

4/5 The Whitby Ghost Book
Summary: A peek into the supernatural goings on in Whitby, England.

Additional Comments:
- Writing and narration are both good, though I could do without the sound effects. Sometimes they help, but in this case, they just made some sections hard to hear.
- Cover’s pretty creepy, but it fits the mood nicely.
- A nice companion piece to the West End Ghost Book (though I think this one was actually the first book).

Conclusion: Historical supernatural accounts. Not exactly sure what to call them.
*I received a free audiobook, but all views expressed in this review are my own.