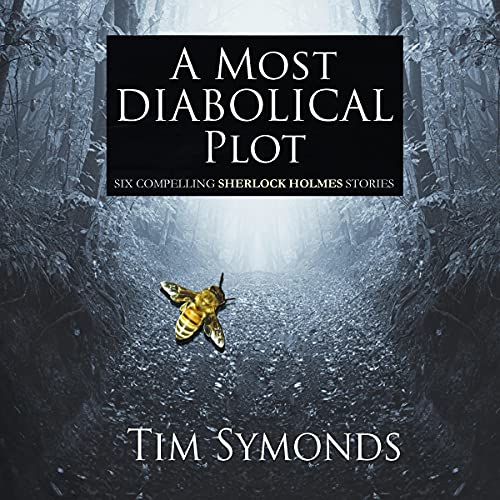 A Most Diabolical Plot

By: Tim Symonds
Narrated by: Time Winters
Try for £0.00

In the year 1903 - the exact moment is now lost to history - Sherlock Holmes proclaimed to the world he was quitting England's Capital to go into retirement on a small, wind-swept farm in the Sussex South Downs. His shocked comrade-in-arms Dr. John H. Watson was later to write, "The decision took me utterly by surprise. I thought I had become an institution around Holmes, like his Stradivarius, or the old, oily black clay pipe and his index books."

Reluctantly, Watson wrote up three recent cases yet unpublished and returned to his medical practice. Holmes's retirement didn't last long. Once more, his faithful Amanuensis Watson took up his pen - and his Army Service revolver. The result was three more of the most intriguing cases ever undertaken by the famous pair. All six adventures have now been brought together in this special edition.

What listeners say about A Most Diabolical Plot

A great collection of short stories

Oh, but what a treat this was! I loved the stories, I loved that we even have one mystery solved by Watson during the Great Hiatus, and I loved that this are, mostly, later stories when Holmes is already retired.

A must-read for all Sherlockians :D