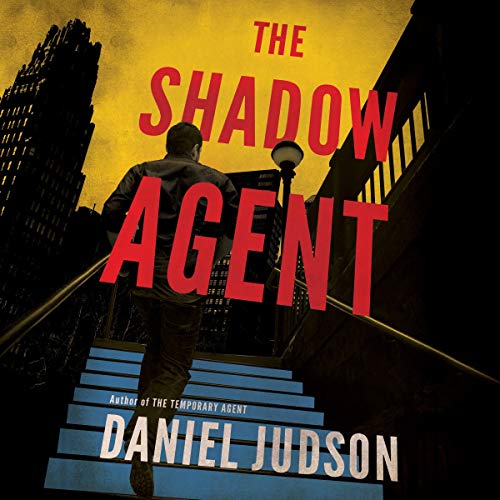 By: Daniel Judson
Narrated by: Pete Simonelli
Try for £0.00

A covert ops agent risks it all to take down the terrorist who wants him dead in a thriller from the author of The Temporary Agent.

Hunted for more than twenty years by a mysterious terrorist known as the Benefactor, former Navy Seabee Tom Sexton is done running. Working with his girlfriend, Stella, for a private-sector spec ops team, Tom has a plan to eliminate the elusive stranger who murdered his family.

But Tom didn’t just emerge from deep cover. He might have been lured. A former colleague gone rogue has warned Tom of a shadow agent hiding in plain sight. If Tom trusts the intel, that means he can’t trust anyone else.

Over the next seventy-two hours, Tom will be fighting for his life - and Stella’s - and to expose the traitor. And he may be walking into more than one trap. It’s a collision course with a truth he never saw coming. One that may require a sacrifice he’s not willing to make.

What listeners say about The Shadow Agent

Best of the series!

I've been critical of the earlier novels in this espionage series because the plots were weak and the action was excessive. THE SHADOW AGENT has a strong plot. I enjoyed this novel.

who betrayed your father and why? Boring

A new character introduced in the chapter before chapter 1. You have to figure it out on your own who she is. Not as exciting as you are led to believe.

Carrington, Hamilton, Smith, the Colonel, the Benefactor. You can't keep them straight. They are all out to double cross the others. People switching sides like changing slippers. Still don't know who 3 of those guys are. Still don't really know how it ended. Stella was the bomb in the first book, but here gets about 15 minutes of activity.

Around chapter 36, you get way too much talk talk talk (more than half an hour). This is supposed to explain things for you but it doesn't. Then a couple chapters later, the other guy wants Tom to hear his side. Another half hour of blah blah blah doesn't explain anything. He doesn't make any more sense than the first guy. Your father's still dead.

Narrator is okay most of the time, but ends sentences on a mid or upper tone rather than a falling tone, as English usually does. Annoying after a while.

This series is all testosterone. Moderately entertaining, but overall I found it to be formulaic and contrived. It wasn't bad, nor was it poorly written. It just seemed to lack a kind of cleverness and intrigue that my favorite novels with in this genre share. The narrator has a rich 'made-for-radio' baritone voice, albeit not a particularly versatile one. His treatment of female characters feels half-hearted at best. His attempts at British and German accents had me cringing a bit at first, but I've heard much worse. I think this was the okayest series I've read in a long time.

Would recommend listening to first two books first. Given the time between Book 2 and this one I almost turned it off because I couldn't remember the WHY behind the characters. Lastly... what's with the Seabees? MARSOC/Raiders I get, but SeaBees?
Great story and enough twists to keep you guessing.

I started this book then got bored and read 2 other book then came back to this one. I should have stuck with it a little longer because it did get a whole lot better. Before all the killing was done it was a constant as to who the bad guy really was: Raveis, the Colonel or Carrington. One minute they seemed innocent then they all seemed guilty.

There were a lot of characters in this story and unfortunately a couple of them died that shouldn't have. Overall, it turned out to be a really good book.

No romance and the F-bomb was used 12 times.

As for the narrator: Pete Simonelli (AKA Sebastian York) did a much better job on this time with the women's voices. They were a little more feminine. BUT he just can't seem to put any feelings in his reading, no whispering, no yelling, no anger, no nothing. For someone with such a wonderful reading voice you'd think he'd try a little harder.

Very original, but I would not recommend it for anybody why hadn’t read the previous books in the series.

The story was really good. It is a conspiracy theorists wet dream. Very suspenseful and extremely unpredictable.

The author has written a fantastic novel with great characters! The narration is superb!

Third in a series, tier 2 thriller.

Great if you want lots of twists and turns. Some gaps in logic. And way too much time naming every weapon and how to load and set the safety. I personally found it distracting from the plot. May just be me but felt like a novelization of a screenplay with stage directions and scene descriptions rolled into prose. Would enjoy the movie though. Been spoiled by Ludlum, Silva, Greaney, Clancy.

Same great characters, continuation of previous plot. I like that things were resolved...almost, leaving room for another book. I really enjoy listening to this performer; he breathes life into the characters and storyline.

Lots of twists in the plot

A lot of details, some times hard to follow the twists in Audible vs Kindle