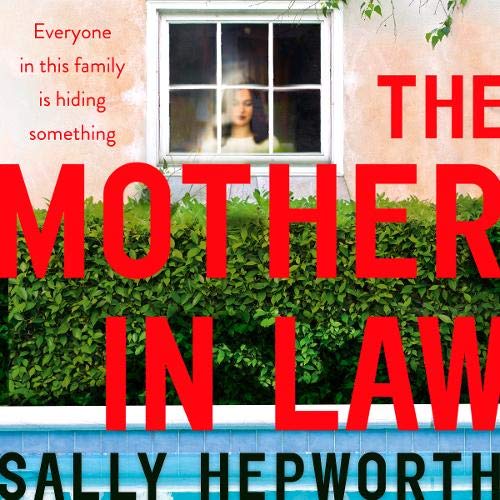 By: Sally Hepworth
Narrated by: Barrie Kreinik
Try for £0.00

She has never approved of you. But it's when her body is found the secrets really start to come out....

From the moment Lucy met her husband's mother, Diana, she was kept at arm's length. Diana was exquisitely polite and perfectly friendly, but Lucy knew that she was not what Diana envisioned. Even so, Lucy wanted so much to please her new mother-in-law.

That was five years ago.

Now, Diana has been found dead, a suicide note near her body. Diana claims that she no longer wanted to live because of a battle with cancer.

But the autopsy finds no cancer.

The autopsy does find traces of poison and suffocation.

Someone wanted Diana dead. And everyone in the family is hiding something.

With Lucy's secrets getting deeper and her relationship with her mother-in-law growing more complex, this new novel from Sally Hepworth is sure to add to her growing legion of fans.

"Fiction at its finest." (Liane Moriarty, number one best-selling author)

What listeners say about The Mother-in-Law

Have never read Sally’s books before but was pleasantly suprised ! An unexpected twist and really well written very gripping . Worth a read

Another great book from Sally Hepworth, beautifully read by the narrator. This is my 3rd book of hers and each one has been a very different and the stories just as good.

Another good listen by Sally Hepworth

This is the second book I have listened to by this author, the first being the Family Next Door and I have liked them both. The narrator got it just right too. I listened to this whenever I could until it was finished and thoroughly enjoyed it. The relationship between Lucy and her Mother In Law from each persons perspective was interesting, thought provoking and not the Mother in law bashing I thought it might have been. Lots of twists and turns to keep to keep the listener engaged, the mix of an alleged crime and family relationships give the book a nice pace. I am now going to listen to The Good Sister and Sally Hepworth will be added to my favourites and I will look forward to more of her books.