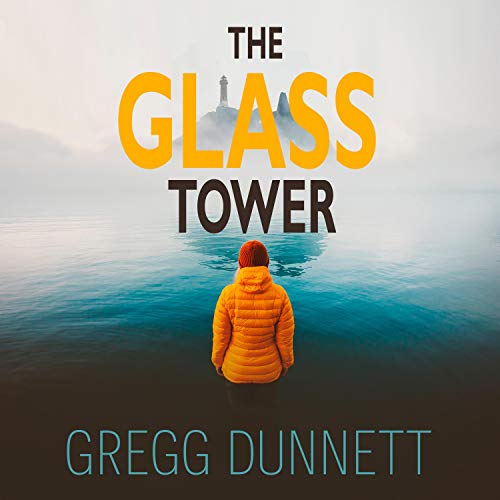 By: Gregg Dunnett
Narrated by: Jan Cramer
Try for £0.00

Julia Ottley has a secret.

She’s burst onto the literary scene with the highest ever advance paid to a British debut author. Her novel - featuring a fabulous tower of translucent icy crystal - is garnering rave reviews. But as she embarks upon her new life, she discovers that nothing can be hidden forever, especially when living within walls of glass.

She fights to keep her secret, but as the stakes steadily rise, she faces a stark choice. How far is she really prepared to go to stop her life from coming shattering down?

Set on a beautiful and isolated island in the south west of England, The Glass Tower combines mystery and suspense with delicious dark humor. And just as fans of Gregg Dunnett have come to expect, there’s a wicked twist at the end.

Gregg Dunnett’s first novel The Wave at Hanging Rock was published in 2016 and became the number one downloaded book in the US, UK, Canada, and Australia Amazon stores. He is also the author of The Things you find in Rockpools, which was an Amazon UK and US bestseller, and which is now being considered for a Hollywood movie. His stories have received thousands of five star reviews, with people loving his flowing writing style and frequent, thrilling twists.

What listeners say about The Glass Tower

Found it hard to like the main character, therefore didn't want to invest my time. Found the voice-over for the supporting characters annoying (all these issues mine, others try it out). I doggedly stuck to the end, but was annoyed I did. Credit to the writer, he got to me still by annoying me with the outcome.

The worst book I have listened to on Audible

What a disappointing listen with a ridiculous plot. I would not recommend I am afraid!

This is a good book, easy reading and with a good (psychological) ending. Enjoyable read.

Hadn't read anything this crazy. Not sure if it's the author's intention, but if so, he succeeded in making you disliked the main character 'cause she's crazy. The story is well written and good narrator. I can visualise scene by scene as if I was watching a movie. Could be made into a film or something. the reason I gave four stars 'cause I didn't like the ending. It just seemed unfair.

Without a likable character in the book it was hard it was hard to stay engaged, the story is slow and predictable