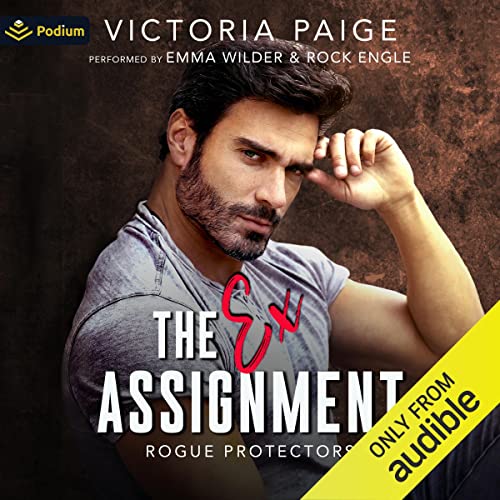 By: Victoria Paige
Narrated by: Emma Wilder,Rock Engle
Try for £0.00

Seventeen years of buried secrets and a divorce stood between them.

It started with her estranged father's murder. The last thing LA detective Gabby Woodward needed was the custody of her entitled half-brother. She was jaded and overworked. A nurturing soul she was not. And he was a reminder of him. Her ex-husband. The man who crushed her heart and trampled on her love.

Ex-mercenary Declan Roarke had hit rock bottom. His new assignment mentoring teen actors was the gateway to hell. And the last thing he needed was to be near his ex-wife. The woman who trampled on their vows and ruined his ability to trust.

Working together exposes feelings for each other that never died. It also uncovers the conspiracy that tore them apart. Lies. Murder. Plot twist. Welcome to Hollywood.

The Ex Assignment is book one of the Rogue Protectors series, but it can be heard as a stand-alone.

What listeners say about The Ex Assignment

I really enjoyed the overall story, it had action, love and some good twists.

I am always skeptical when it comes to audiobooks but this one... this one was a WINNER! It is an absolute fantastic story and the narrators did it justice.

The narration by Emma (aka Gabby) was particularly brilliant in conveying Gabby's emotions as well as (when needed) voices of other characters in the story.

I have been a fan of author Victoria Paige's books for a long while and yes, have read this book but that didn't spoil the audio version for me. I enjoyed it thoroughly - the feisty-ness of Gabby and the fierce, JP protectiveness of Declan held my interest once again from start to finish.

Brilliant work by Victoria Paige and both Emma Wilder & Rock Engle as narrators. I can't wait for the next audiobook by this author!!