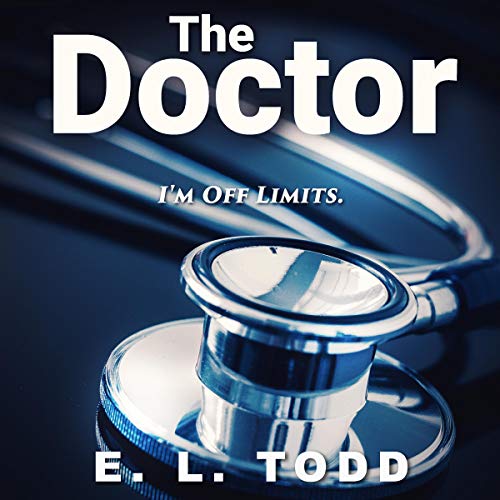 By: E.L. Todd
Narrated by: Michael Ferraiuolo,Lia Langola
Try for £0.00

My husband left me.

After five years together, he realized he was gay.

Once the anger had faded away, there was nothing but love behind. This man is still my best friend, and I want him in my life. So, I move across the hall so we can be as close as we always have been.

Then his brother moves in for a couple of weeks, a man I've never met. He has relocated to Seattle to work as an ER doctor at the local hospital. And he's nothing like his brother.

The strong and silent type, he looks at me with a gaze so fierce it's like he hates me. Every time we're alone in a room together, the chemistry is so suffocating I can barely breathe. The guy never wears a shirt around the apartment, so that makes it a million times worse...or better, depending on how you look at it.

But this man is off limits. He's the only man in the world I can't have. And he can't have me either. So we'll just have to keep pretending there's nothing here...even though there is.

What listeners say about The Doctor

I will be waiting in suspense....

Love all of the main people in this book. The way book ended has me on the seat of my chair waiting to hear the next book...

I thought the story was just ok. The book didn't end. Although it wasn't a cliff hanger, you do need to read the next books for the ending. The narrator was very good though.

Awesome read, couldn’t put it away. Looking forward to #2 of 4. Great story line.

This book is so blah. Luke warm at best. The sexy times are skipped over, there is very little spark between the supposed main characters. I did not finish. Couldn't do it. I can't possibly read 3 more of these books. I don't recommend it.

I was given this book for free. This was a new author for me and I am really enjoying it so far. I have never read or listened to anything like this before. The story is about the relationship between a woman, her ex-husband and his brother. I was impressed by the unconditional love she has for her ex despite the fact that he divorced her because he realized he was gay. Much of her life revolves around that friendship between her and her ex insofar that she puts him first before another guy. Being once married has forged a strong bond of love and evolved into a friendship that neither can live without. When she meets her ex's brother there is some really hot chemistry between them. It is love and loyalty that keeps them from pursuing a relationship of anything but friendship with each other. This is a unique story with some really intriguing character relationships. The narrators did an amazing job of bringing the story and characters to life. I am looking forward the the next book in the series so I can see what happens next.

Pepper is one amazing woman. I do not think I could be best friends with my ex-husband, But Colton and Pepper have a very unique and intense relationship. So intense that Pepper has a hard time finding someone to accept that relationship as well. When Pepper realizes what she was missing all along as she falls for Finn, things really get intense. Colton is not accepting of this relationship, and it begins to takes it toll on Finn and Pepper. This is a hot, steamy romance filled with so much drama and emotion that it will have you hooked and leave you needed more.

Lia Langola and Michael Ferraiuolo are amazing narrators for this story. They have complimentary voices that keeps this story flowing smoothly. Pepper is an intricate character and Lia narrates her perfectly. Lia easily narrates all of Pepper's emotions and brings her to life. Michael keeps all the male characters distinct and easy to follow. Michael has the perfect voice for Finn, and narrated him exactly as I imagined. I always enjoy a book narrated by this team. This is a must listen to.

The Doctor is a great first book in the Doctor Series. I love the storyline, the characters and the narration and can't wait to start on book 2. Michael and Lia did a wonderful job bringing this story to life. I received this audiobook at my request and have voluntarily left this unbiased review.

This is a good beginning, i love the story line it is a sensitive topic and it is told well.
the only negative - a real man - is said way to much. just started book 2 and it has started very well.

The drama is captivating

The drama is captivating. The storyline was greatly written. The characters I fell in love with. And I can’t wait for the next audiobook. Need STAT!!

The start od a 4 book series with a cliffy. I loved that Pepper and Colton stayed close. I felt bad for Jax. but the heart wants what the heart wants! Fin! Jax did have a preoccupation with condoms-geeze!! Fin is the dark broody mysterious, hit as heck bro in law! yummy! Angsty times ahead- I'm guessing! Loving following this story and characters. I'm sure Fin wins in the end after angst and a wild ride. Waiting!! The narration was awesome.