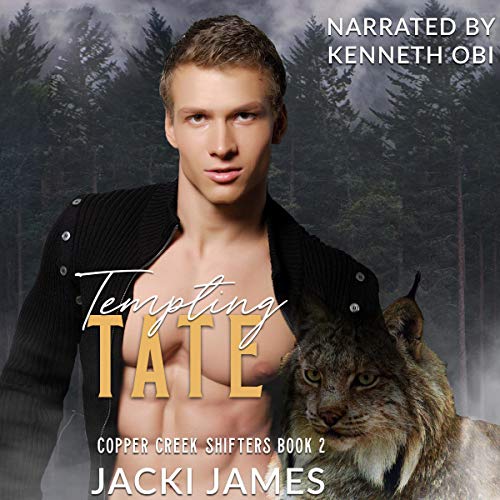 By: Jacki James
Narrated by: Kenneth Obi
Try for £0.00

Tate: I’ve spent most of my life waiting for my fated mate. The one person in this world made just for me. The one Fate had determined was perfect for me in every way. And now that he’s here, he isn’t anything like I expected.

Hollis: No ties, no clans, no mate; that’s the way I choose to live my life. I don’t want anyone having power over me in any way, and if anyone thinks that just because Tate is my mate, I have no choice but to stay with him, they’re mistaken.

When lynx-shifter Hollis Roby is sent to Copper Creek to assist with a murder investigation, the last thing he expects to find is his fated mate, especially since he doesn’t even believe fated mates exist. However, that’s the only explanation for the irresistible pull he feels toward clan Beta Tate Decker.

The deeper they go into the investigation, the more obvious it becomes that there’s more going on in Copper Creek than a simple homicide. Trapped in the middle between a corrupt Council and a human supremacist group, the clan is counting on Hollis and Tate to figure out who’s responsible. Not only for the murders, but for the other odd happenings in the area, as well.

What listeners say about Tempting Tate

Great story, I can't wait for the rest of the series. im happy with the way the couple ended up and it has great set up in place for the next book or two. As always, Kenneth Obi gave a fantastic performance that made a world of difference.